No Teaching Without Questioning

The prevalent notion among spiritual teachers is that questioning is a sign of non-understanding. They are there to give answers, not ask questions. But it’s actually just the opposite. Illumined beings are continually questioning themselves and others. 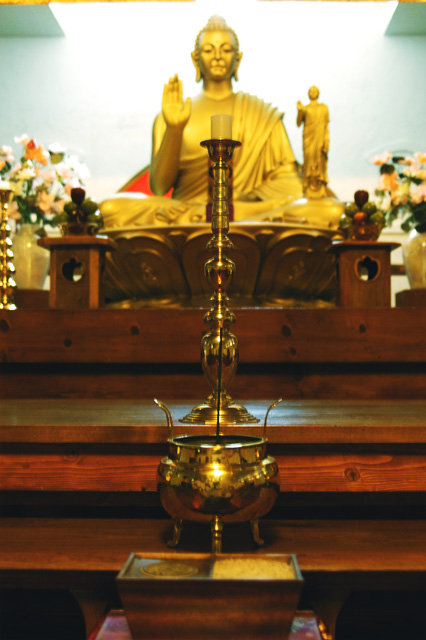 This was brought home to me in a recent conversation with a teacher from Shasta Abbey, which is about two hours from here. I haven’t visited the monastery at the foot of one of the most majestic peaks in North America, Mt. Shasta, but I’ve attended short retreats that the former abbot (now abbess) and monks have held in town.

Shasta Abbey is a Buddhist monastery in the Soto Zen (Serene Reflection Meditation) tradition. Its website describes it as “a monastery of the Order of Buddhist Contemplatives, founded by Rev. Master Jiyu-Kennett in 1970 as a training place for Buddhist monks, male and female, and place of practice for lay people.”

When I asked for mutual enquiry, Reverend Master Serena said flatly, “The kind of dialogue you’re interested in is enquiry that doesn’t happen here.” She then went on to speak about how many lay people are visiting Shasta Abbey, adding, without a trace of irony, “we don’t train on a mountaintop.”

Realizing she wasn’t joking, I replied that’s exactly the way the vast majority of ordinary folks perceive their ascetic life of continual meditation. That began a short and unproductive discussion of the relationship between monasteries and society as a whole.

Coming from the Christian tradition, I touched on how monasteries had, during the Dark Ages, preserved advancements in knowledge from Greek and Roman times that otherwise would have been lost. I wanted to explore further, and gain mutual insight into the spiritual purpose of monasteries during our dark age.

“There is only one thing we can affect,” Reverend Serena proclaimed rather dogmatically, “and that is our own greed, hatred, delusion and suffering. Change ripples out from there.”

Not one to accept religious authority, I pointed out that this way of thinking, while it contains irrefutable truth, has also upheld the rampant individualism of American culture. Don’t contemplatives also have to ask the larger questions, pertaining to radical change in society and consciousness?

“We would not ask the questions you are asking,” she replied. I began to have that feeling of pushing against a wall that one gets from any strong believer; this was as far as she was willing and able to go.

Undeterred, I spoke a little about meditation as I understand and practice it. (In my case ‘practice’ is simply unforced regularity, rather than ‘training,’ which is the cornerstone of the life of the monks at Shasta Abbey.)

“When your neighbor’s dog barks,” Reverend Serena intoned, “it is just part of your meditation.” Having encountered inconsiderate neighbors for whom their dogs, like so many Americans, have become sacred cows, I asked if they had to deal with that problem at the monastery.

“No, but the monastery is near the freeway,” she replied, “and the monks on that side speak of hearing it as waterfall or the wind blowing when the traffic is flowing heavily.”

Making another attempt to mutually question together, I asked, aren’t we talking about reaction and response? Since internal reaction is the source of anger and violence, certainly one has to be very mindful of one’s own reactions to the mindlessness of people around you. But that doesn’t mean one just internalizes it, and says nothing if your neighbor’s dog is waking you up in the morning, or making it impossible to 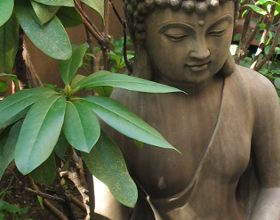 work because they leave it outside when they go to work.

Besides, there’s a difference between reactions to the noise of a freeway or dog barking, and the noisy mind running on with a rushing creek flowing by at one’s feet, right? The former is the noise of man, outer and inner; the latter is the mirror of nature, which ends thought when one truly looks and listens.

That didn’t go anywhere either, probably because the Soto Zen monks, like so many East and West, are about training internal concentration rather than gathering non-dualistic attention.

Even so, why is it so rare for people to question together? Is it because it requires a quality of humility, setting aside knowledge and opinion, and truly having the feeling ‘I don’t know?’ Is it because so-called teachers who think they know don’t question, and their pupils simply follow?

Having listened to a recorded talk by the abbess prior to the conversation with Reverend Serena, I recalled this telling remark: “Following somebody else’s direction is a step to following our own true nature.”

That’s not true. Spiritual obedience does not produce awakening. In Buddhist terms, it does not lead one to ‘Buddha nature,’ but to sheep nature.

The contradictions were piling up. The abbess had also said, “it can take us years of concentrated effort to learn to follow the Buddha effortlessly.”

Reverend Serena echoed this idea when she spoke of “single pointed concentration in meditation.” I replied that that isn’t how I understand meditation at all. Isn’t meditation passive awareness effortlessly gathering inclusive attention? To my mind, that quiets the mind.

I may as well have been speaking Greek and she Japanese. Without rancor or conflict, the conversation ended.

Reasserting her spiritual authority in saying goodbye, she admonishingly said, “Don’t get distracted.” I wanted to ask: Was this a distraction? But I didn’t.