Costa Rica News – The more and more you look into the murder of Costa Rican Environmentalist Jairo Mora the more and more it looks like the Costa Rican government hopes this just blows over.  Even after the arrests in the past couple of weeks, it does not seem that Costa Rica grasps that severity of them not stepping up to combat the drug trade occurring in Costa Rica. 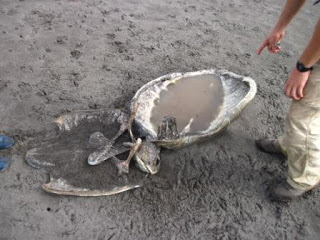 Just last week a Nicaraguan Resident was caught and arrested for turtle poaching.

Martinez, a Nicaraguan resident, was found by police who were doing a routine patrol in a sanctuary that is part of Tortuguero National Park. The man was arrested for turtle poaching, as he had killed and gutted a green sea turtle he found in this town in the province of Limon, Costa Rica. This town is one of the few areas in the Americas where sea turtles consistently come to nest. Fortunately, it is highly guarded for the protection of these endangered species. People are not allowed on the beach during the night and early morning, without a licensed guide.

He had extracted about 40 kilograms of turtle meat by the time of his encounter with the police. The meat was confiscated and preserved as evidence. He was later sentenced to 12 months in prison. He is on conditional release at this time. Should he be found guilty of any other crime over the next 12 months, he will serve consecutive sentences in a correctional institution.

Police also made a surprise raid on a home where four men were cooking turtle meat. They had already killed two turtles but the police saved four others that were alive. The officers confiscated the gutting instruments as well as three firearms found in the home. Additional officers have been assigned to the anti-poaching operation.

Although a few extra officers have been added to the area, how many are probably on the take? When you have the President of your country taking rides in drug cartel jets and no real effort to stop the true problem of drug trafficking in the country, is it really that far fetched to think that the cartels have bought government officials and local law enforcement.

Each day that passes Laura Chinchilla sees as one day closer to her being out of office and then it will no longer be her problem.   If she can make it to next year the Costa Rican and world eyes will then be focused on the changing of the guard instead of the murder of an environmentalist that decided to stand between the the drug trade participants and their currency, turtle eggs.