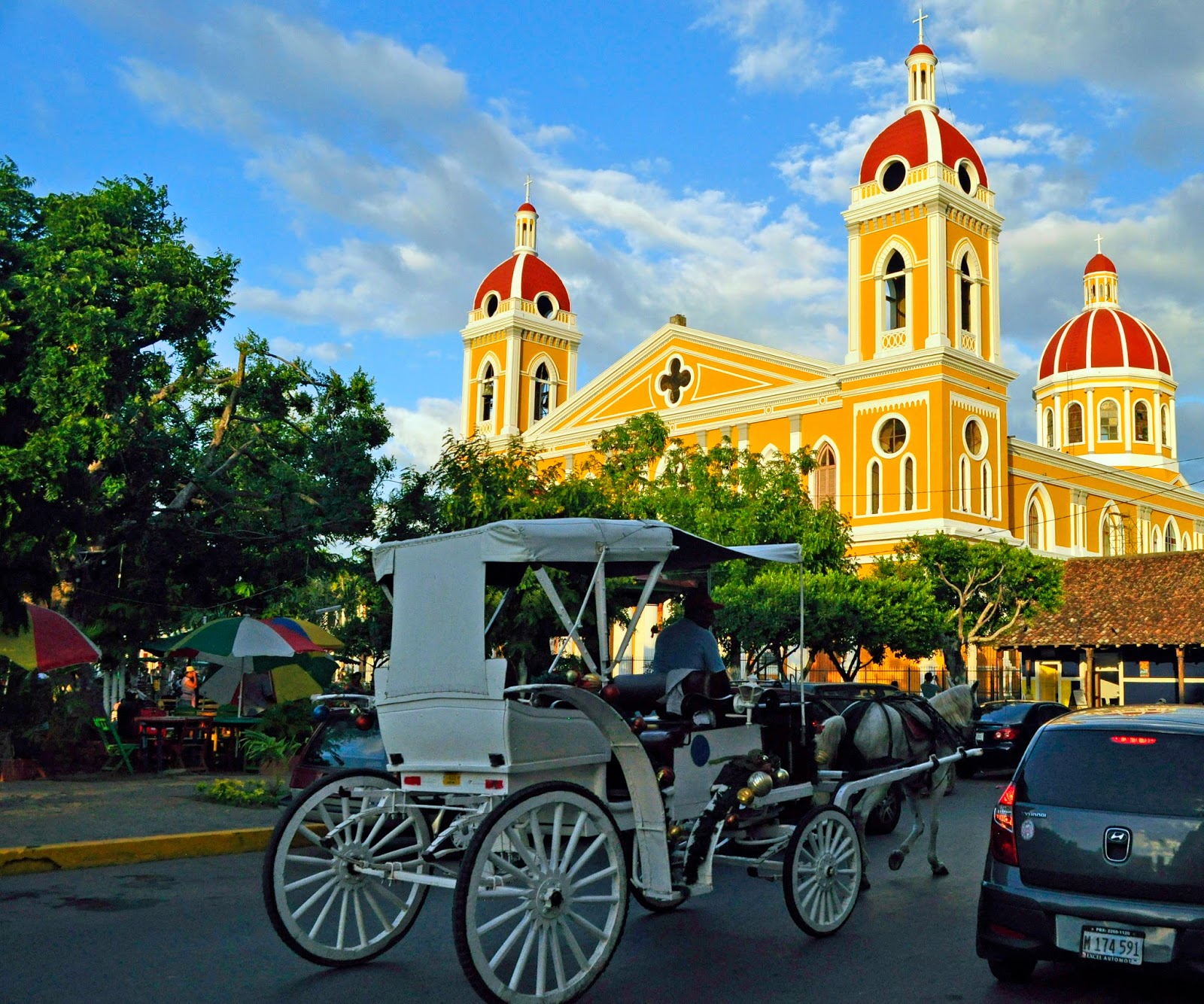 “But that’s changing now,” says Raymundo Solorzano, a guide with 22 years of experience. “There are so many people saying ‘Forget Costa Rica, that’s over.’ Nicaragua is the new big destination in Central America.”

Solorzano is referring to the spate of articles touting his home country as the next big thing in travel, spurred on by the realization that the country is affordable and hasn’t yet been plundered by large hotel and restaurant chains.

This lack of development is a result of the fact that tourism, itself, is relatively fresh in Nicaragua.

It was just over 20 years ago, when the political turmoil settled down, that a few intrepid surfers and backpackers started exploring the Pacific coast as an alternative to increasingly pricey Costa Rica.

Travellers are discovering this Central American hidden gem has volcanoes to explore, a vibrant cultural scene with non-stop festivals, and a bounty of local fresh food and drink.

Granada, a small, traditional-looking city on Lake Nicaragua, is easily the most picturesque hub for nightlife, festivals and foodism, beating out the less walkable capital, Managua, where life gravitates towards the suburbs.

Granada is laid out in accordance with Spanish colonial urban planning, with narrow cobblestone streets spreading out from a pedestrian-friendly, tree-filled square — similar to a Mexican zocalo.

This is the town’s heart, where street vendors hawk goods and bands play to tourists and families alike on weekends and holidays, all under the shadow of La Catedral de Granada, the city’s most recognizable building.

Connecting Granada’s central square to the malecon (the lakefront recreational area) is Calle La Calzada, a charming street that, at night, is full of people relaxing on patios, people spilling out from the sidewalk cafés, restaurants and ubiquitous Irish bars.

These bars don’t just specialize in stout and whiskey, they also do a brisk trade in tropical rum cocktails, notably, the Macua, Nicaragua’s answer to the Margarita.

Invented in Granada in 2006, the country’s signature drink is a tart and refreshing lemon, orange and guava juice mixture, spiked with a heavy-handed pour of Flor de Cana, which, for all intents and purposes, is the country’s only rum.

On patios, people often sip the award-winning rum straight up after dinner, along with smoking a local hand-rolled cigar, one of the country’s other most valuable industries.

The slow-aged rum’s loyal following and accolades are the result of its relatively unique style and method of production: Although most countries south of Mexico make spirits distilled from either molasses or sugar cane, for the large part, these sugar-derived liquors are either unaged aguardiente (sometimes known as firewater) or produced according to the solera technique.

The latter blends together different streams of distillates of various ages, a process that some — especially rum aficionados in Nicaragua — consider a cheat. Flor de Cana rum has no additives and its rich colour and vanilla-butterscotch flavour come from its time spent in recycled American whiskey barrels — the one ingredient sourced from outside the country’s borders.

While the rum has a loyal local following, that’s only part of the overall ethos of this remarkably locavore-friendly nation resistant to multinationals and their products.

Solorzano, who only drinks his country’s native spirit, shakes his head disapprovingly at the prospect of solera-style rums made in “far away” places such as Guatemala. He says this extends to eating and points out there are very few American fast-food outlets in Nicaragua.

“The most popular fast food here is the fritanga,” Solarzano explains, referring to small family-run, casual restaurants that specialize in grilled meat and chicken entrees served with fried plantains and gallo pinto (rice and beans).

There is no shortage of higher-end and more adventurous eats to be found in surf and turf restaurants, where Nicaraguan grass-fed beef and local fresh seafood is plentiful. New restaurants that incorporate more eclectic styles and Asian influences, vegetarian foods and bocas bars (like tapas) are starting to crop up all over Granada and other tourist areas.

Solorzano believes it’s inevitable and the best Nicaragua might do is resist foreign highrise hotels that seem to crop up in popular beach destinations, such as and Panama and Acapulco.

He points to Mukul as a model. The new luxury resort in San Juan del Sur is run by the same family that owns Flor de Cana. Its exclusive beachfront bungalows command upwards of $500 (U.S.) per night, likely a harbinger of a new, far less rustic, tourist trade in Nicaragua.

But, for now, Nicaragua’s still affordable, charming, and the perfect place to drink up good, fresh, local fare.

Not to mention a few tasty Macuas.

Getting there: There are no direct flights to Granada, but there are daily flights to Managua through. From Managua, Granada is only a one-hour car ride.

Is Turrialba Going to Erupt More Before Calming?