Costa Rica News – The always strained relationship between Costa Rica and Nicaragua could be even less friendly now after a Costa Rican businessman was captured and kept in a maximum security prison. 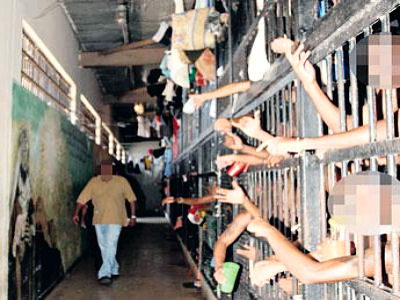 He was kept for three weeks without being formally charged with anything. The conditions were terrible, lacking food, clothing, medicine and even light. He had no access to assistance or a judge.

The man is the husband of the former deputy minister of Security. He has lost weight and shown psychological damage. Costa Rica has sent an official note to Managua but has received no response. It does not rule out asking the Red Cross or another international organization for help.

This is happening five years after a conflict alleging invasion of Costa Rican soil by Nicaraguans. That occurred in the border area of Calero Island. That deteriorated the relationship between the two nations.

But isn’t this the pot calling the kettle black? Costa Rica has more than a few Nicaraguans being held in their over-populated prisons.