New Shoots Amidst the Ashes?

A long line at the security check in the Sacramento airport snaked around the cloth barricades even before the first glint of dawn had appeared. Hundreds of frequent or infrequent flyers, at once sleepy and nervous, clutched boarding passes or smartphones, and prepared to empty our pockets and take off our shoes. 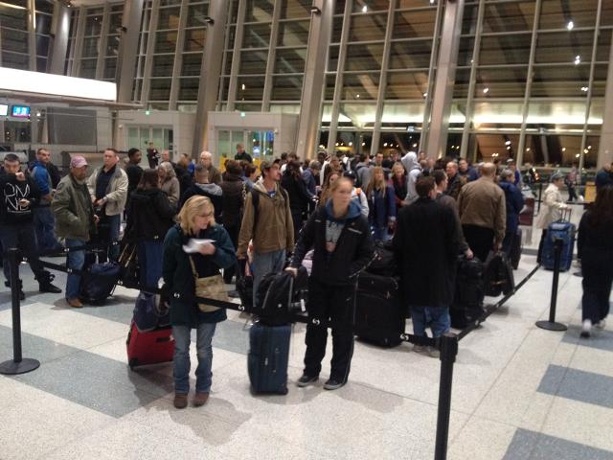 The initial documents line moved surprisingly quickly, and I drifted over to the last body and baggage screening line along the wall. Two pilots stepped in front of me as I took off my shoes, confirming I’d found the right queue.

In an age when passenger planes have been turned into missiles, or instruments of mass murder and suicide, the pilots had to go through the same procedures as the rest of us suspects. I wondered how much their practiced stoicism concealed suppressed annoyance. At least they didn’t have to suffer the indignity of removing their shoes and being tapped down.

I nodded at a young Asian screener as my carry-on bag passed through the scanning machine. It had the opposite effect I intended, since he asked me to step out of line while he went through the small suitcase.

Standing next to him and a big fan, no doubt intended to cool down nervous passengers while their personal things were being rifled, the young man asked how things were going. Suppressing a wisecrack that they were going well until now, I said ‘ok, how about you?’

“It was fine earlier, until this,” he said without rancor, pointing with his head toward the mass of humanity, “but it’s starting to thin out.”

What time do you start work?

That’s early, I replied superfluously, adding, I didn’t like having to get up at 3 to make the hour and half drive down to the airport, but at least the roads were empty.

“It’s ok,” he responded, “I look for friendly people to talk to.”

So that’s why my bag was pulled when I nodded hello, I thought, enjoying the irony.

He lingered over the bag, taking his time with the procedures as he went through my innocuous contents, testing the contact lens solution for volatiles and wiping the inner rim of the suitcase for explosive residues.

By then I didn’t mind. There was plenty of time before the flight, and it was a good way to start the long day of people moving for both of us, he a people-mover and me a people.

He asked where I was going and I asked where he was from. I half expected him to say an Asian country, but he said San Diego. I mentioned a nephew that lives there that really loves it; we agreed that while Sacramento isn’t San Diego, it isn’t bad.

Looking him in the eye as I started to walk away, I uttered a now unfamiliar parting remark, ‘nice talking with you,’ and meant it.

The first glimmer of dawn had begun to show in the eastern sky, and with it came a nascent insight, which was born out through interactions with other airport workers and a number of seasoned travelers (as in, marinated by the monotony of airline travel).

The culture has become so dehumanized that some people are beginning to seek out any opportunity for human interaction, especially people who move large numbers of numbed-out citizens on a daily basis.

Not having flown for a few years, and having avoided Chicago’s O’Hare Airport for years before that, I didn’t need to be reminded about it’s traveler treachery by the laconic fellow I was crammed next to on the four-hour flight. “I hate this airport,” he said, “your connecting flight is always a mile 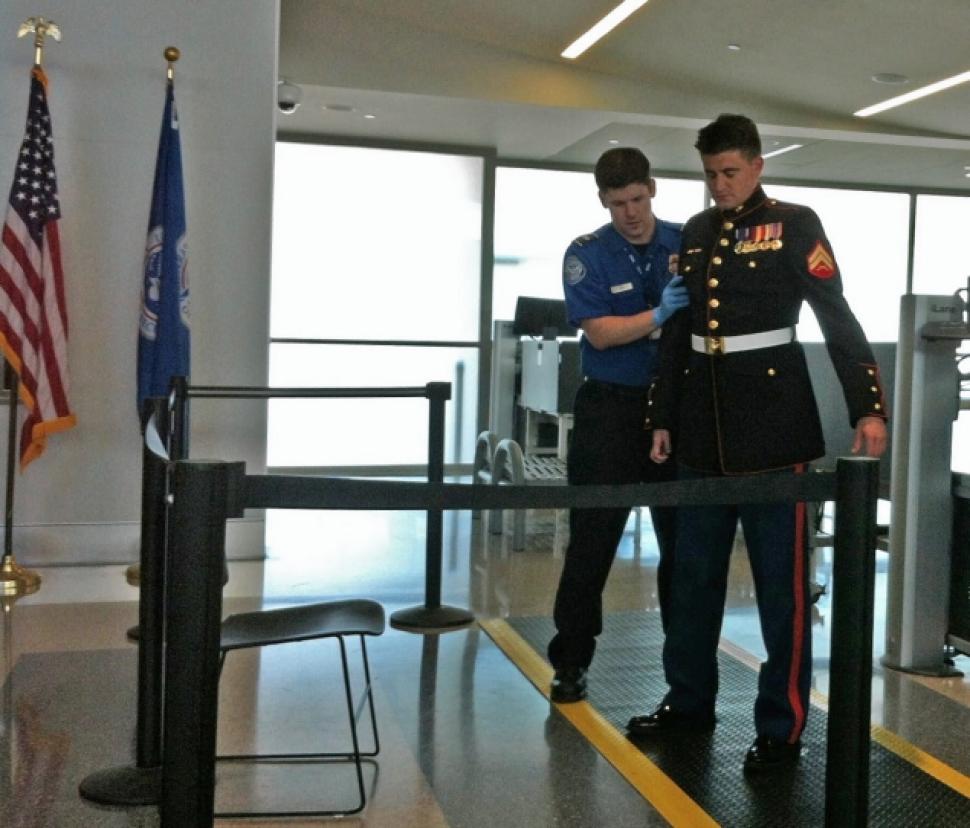 Sure enough, I was directed to one distant gate, and then another through the largest throngs I’d ever seen in an airport. I surprised myself by literally taking it in stride, before and after being shuttled to another terminal by an older Asian fellow for whom I played straight man.

His humor was as sharp as his English was poor. I could barely understand him at first when I asked if this was a free shuttle to Terminal Two. But I made out, “Yes, and lunch too—guaranteed—just like the old days.” I laughed.

Then he made a cryptic remark about flying Malaysian Airlines, which has had such terrible luck in recent years, with a still unaccounted-for airliner that went down somewhere in the Indian Ocean, and another a year later, a plane that was shot down over Ukraine by Russian-backed rebels who thought they were firing a surface-to-air missile at a Ukrainian Air Force jet.

The day of flying through three US airports— large, medium and small—was a study in the present condition of the culture. Surprisingly, my dread of flying and mixing with the masses was replaced by what seemed like a glimmer of light at the end of a long, dark night of America’s soul.

Is this is how the new culture will be created amidst the ashes of the old—one human encounter at a time?