Costa Rica News – The “pura vida” work ethic for government entities is showing yet again.  Although “mañana” might seem like a good time for Ticos to finish projects, it is not working for Nicaragua. 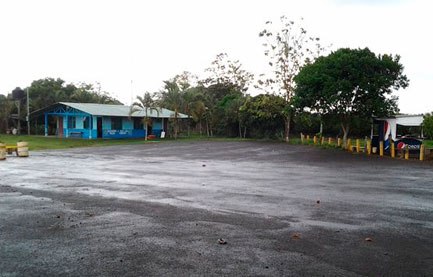 There’s a new border crossing completely ready on the Nicaraguan side but three months behind schedule in Costa Rica. This is the Tablillas border crossing. The plan was to have it fully functional on both sides by January but it won’t be until at least April.

According to John Fonseca, the Deputy Minister of Foreign Trade, there may be temporary facilities set up by April, in the best case scenario. Mr. Fonseca is the one in charge of coordinating Customs and Immigration in Tablillas. At this time, there is a Costa Rican police station on site, preventing traffic between the countries at that point.

Once the crossing is open, the pressure and workload at Peñas Blancas will be eased. Peñas Blancas is the only official land crossing for people and goods going between the two countries. Besides cutting around 50% of the transaction load at that border crossing, the new site will allow for products to travel to and from the port of Limón with a reduction of 160km.

The pressure from Nicaragua is growing because they have built a bridge over the San Juan River. That enables easy passage to the Tablillas crossing. This bridge was donated by the Japanese government. Costa Rica already has $2 million and is working to secure a loan in the amount of $100 million from the Inter-American Development Bank to develop the border crossing.