Nesel Pack; A Backpack That Hugs Children with Autism

World News – Students with autism are now able to wear a backpack loaded with sensory features to fit their needs, thanks to a group of six college students at the University of Minnesota. 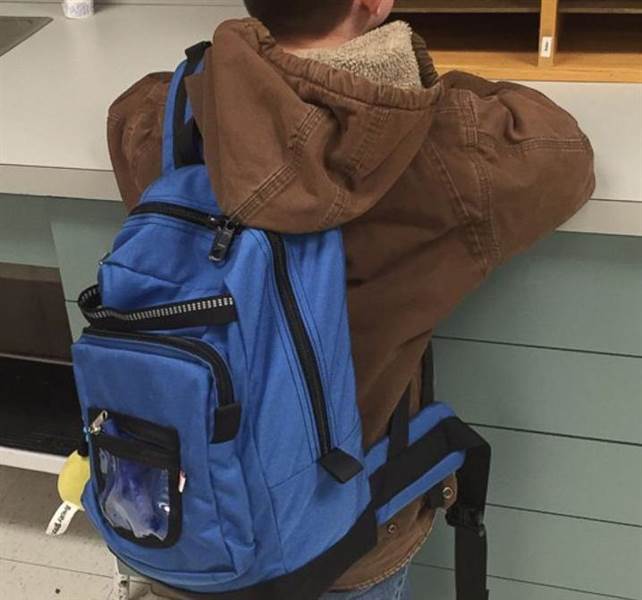 In September, as part of their yearlong “Entrepreneurship in Action” class, the students were tasked with coming up with an idea for a startup. Team member Will Radke, 21, had grown up in a foster home, where he lived with many children with disabilities. The experience helped shape his interest in creating a product to help them, and soon, the rest of the team was onboard.

From there, the Nesel Pack was born, and is now keeping 75 kids with autism at ease.

Since individuals with autism are more sensitive to light, sound and touch, many wear weighted vests to provide a sense of comfort and security. Nesel Pack’s founders kept that in mind, including security straps on the backpack that are meant to feel like a hug and mimic a weighted vest.

“The straps also come in handy when in crowded areas,” Martha Pietruszewski, CEO of Nesel Packs, told TODAY.com. “They’re long enough for a caretaker to grab on easily.”

The backpack also has hooks, which allow students to attach different sensory tools, such as items to chew on, or tools designed to help reduce fidgeting. The creators also added a slot in the front that can be personalized with a family picture, favorite stuffed animal or name tag for identification.

Since launching a Kickstarter campaign on March 19, the team has already raised about $13,500, surpassing their goal of $10,000 in less than a week.

Through their campaign, they’ve partnered with Fraser, a Minnesota-based nonprofit that provides services to people on the autism spectrum. For every $100 donation, Fraser agreed to provide a backpack to a child in need.

While they’ve heard a lot of positive feedback from parents about how much their kids enjoy the product, they’re also aware that the pack’s current cost of $115 isn’t ideal.

“We’re hoping that once we get to $20,000 we’ll be in good shape to start thinking about working with a different manufacturer,” Pietruszewski said. “This will hopefully allow us to lower the price and to be able to start making them for adults to use as well.”

Carrie Cariello, a mother of five who blogs about parenthood and raising a child with autism, thinks parents are willing to spend more when it comes to helping their children with the disorder.

“The weighted blanket we got Jack was pricey, but he uses it to go to sleep every single night, which makes it worth it,” Cariello told TODAY.com. “He would really benefit from the Nesel Pack because we send him to school with a stress ball and other tools to try and kick his habit of putting his fingers in his mouth.”

As far as the scientific benefit of using a Nesel Pack goes, Dr. Paul Wang, head of medical research at advocacy organization Autism Speaks, says there’s no research to back it up.

“In order to know how beneficial their product is, they’d need to test it and provide data,” Wang told TODAY.com.

“We’re hoping to make a real difference in the lives of those with autism, as well as other disorders where something sensory friendly would be helpful,” Pietruszewski said.

By Alexandra Zaslow. From Today.com

Reason Is Not Enough Anyway