Most Costa Rica Workers are Without a High School Diploma

Another sign that the main focus of the Costa Rican government should not be the border trail, or the smoking laws, or the other laws they have passed lately that are pushing people out of CR, that it needs to refocus on the education system and motivating kids to stay in school. Six in 10 workers who currently work in the country do not have college bachelor’s degree. In developed countries this number is 90% of workers have a degree. 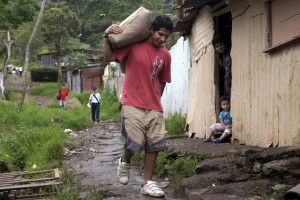 According to experts, the country’s level of education of the working population has tended to increase in recent years, but we are still far from developed countries or those with whom Costa Rica competes.

According to a graph of the population 25 and older who have completed at least secondary prepared by the specialist Juan Diego Trejos for the State of Education, Costa Rica is below Korea, Finland, U.S., Ireland, Greece , Chile and Jamaica.

“If we are betting on an international insertion of human capital intensive activities, we are still far from having a skilled workforce.

“In developed countries, 90% of workers have at least completed high school and this percentage goes from 70% to 80% in countries with which we compete or who want to emulate,” Trejos said.

He added that the country was left behind from the eighties, a time when only 30% of young people could complete high school, and very recently that this is beginning to improve.

In this improvement influences that come out older workers (mostly with low education) and young people entering have better educational profile.

In female workers, the educational level is a little better than men.

When asked about the actions performed to improve the country, the Education Minister Leonardo Garnier, said that the first responsibility of the Ministry is to prevent this from happening and what they have done “in that sense is to raise coverage rate in high school, “he said.

He added that there are programs for youth and adults complete their high school and technical education options. He explained that the National Training Institute (INA) is the corporation established to improve educational attainment of the employed population.

Asked about the issue, Olman Segura, president of the INA, said the students of the institution that are taking a technical course can also finish high school.

Garnier said that another successful program is the Ministry with private companies (like Spoon and Taco Bell, for example), where they coordinate to support their employees to complete their undergraduate degree.

Only in Costa Rica for Week of July 30th

Log in to Reply
Most Costa Rica Workers are Without a High School Diploma – The Costa Rican Times | Costa Rica Poker Tournaments 2012/07/31 - 4:07 am

Log in to Reply
Most Costa Rica Workers are Without a High School Diploma – The Costa Rican Times | Costa Rica Casino Junkets Net 2012/07/31 - 4:08 am

“….like Spoon and Taco Bell, for example), where they coordinate to support their employees to complete their undergraduate degree.”” Why does anyone need a college degree making tacos or serving cake?? The pay is the same 2 bucks and hour. Go figure!