Costa Rica News – A proposal has been made to build an elevated monorail metro (monorriel in Spanish) system, that surrounds the center of San José in a circuit similar to Cirunvalacion (ring road), which would use three circuits measuring 40 kilometers in total to connect the La Sabana on the west to Curridabat on the east.

The proposal by the Colegio Federado de Ingenerieros y de Arquitectos de Costa Rica (CFIA) – Federated College of Engineers and Architects of Costa Rica, every time it gains more strength, as a method to reduce the bottlenecks in the Greater Metropolitan Area (GAM).

According to its promoters, Monorrieles de Costa Rica, S.A., the project that consists of developing an integrated public transport system in the metropolitan area of Costa Rica does not require expropriations, and operate at an average speed is 80 km/h.

Monorrieles says its construction is fast and low impact, has a self-sufficient energy consumption and friendly with the environment. In addition, they say, the investment required is less than other projects that have been analyzed in recent years.

The Elevated Monorail Metro, which would function as a collector-disperser transit system, was presented on Wednesday night (July 3) to the technical community, public opinion and the press, at the CFIA offices, as one of the projects endorsed by the Comisión de Planificación Estratégica “Pensar en Costa Rica 2025” (Strategic Planning Commission “Think Costa Rica 2025 “).

The CFIA affirms that this project achieves a true solution to the road problem, by offering a system of articulation with the existing public transport, which guarantees an efficient and profitable service for all.

From the technological point of view, it highlights that the elevated monorail uses high-efficiency auto batteries rechargeable by friction, which avoids the need to place elevated electric cables, as required in the electric trains. 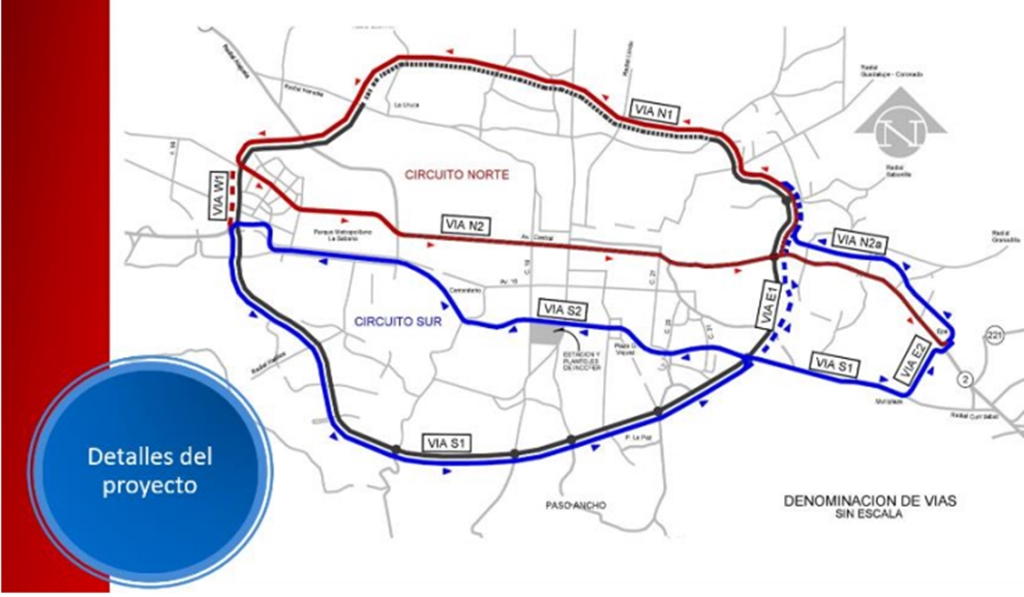 The project includes a double circuit layout, which circumambulates and connects the city, from La Sabana to Curridabat, also providing the transportation service from north to south. This means that the route would cross the city between East-West and North-South.

The monorail has more than triple the climbing capacity compared to the traditional train and a tighter turning radius, allowing easier integration with the needs of the city. In addition, the construction process is fast and efficient, using prefabricated and prestressed beams, so normal traffic is not interrupted.

From Monorrieles de Costa Rica, “a national strategic vision is needed, which prioritizes development needs. This includes offering investors not only for construction but also for the operation and maintenance of the other infrastructure so that they are interesting for potential managers. ”

The monorail would be another option to the one already proposed by the government, the construction of a rapid train that communicates Alajuela with Cartago, with a required investment of close to US$2 billion.

See statement and presentation of the project. (In Spanish)