Costa Rica News – While growing up in the USA I was taught at a young age to lose gracefully and to take losing in stride.  It is a part if life, no one wins every time and behavior in a loss shows a side of a person that can learn from the loss and apply it to things they face in the future. 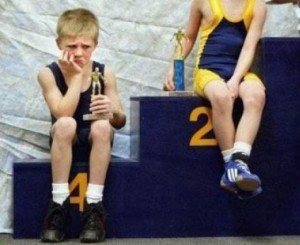 The mechanisms to teach this to children are not really in place in Costa Rica; after school sports, theater, school clubs and other activities in which a child will learn that they do not win every time nor do they get what they want every time in life.  It is not saying that these activities are not available but they are mostly reserved for those with discretionary income.

Jealousy runs rampant in the veins of people that have not been taught to lose and let go.  This characteristic of many Costa Ricans was shown as clear as day in the 2013 Miss Costa Rica Pageant.

So much controversy surrounds the 2013 Miss Costa Rica beauty pageant. Reports made on television and via social networks paint us a picture of animosity. Are they sore losers or just jealous…..probably both? Was the competition fixed? What is the true attitude of the winner?

Claudia Gallo, one of the contestants, referred to the competition as a “dog-and-pony show” on her Facebook 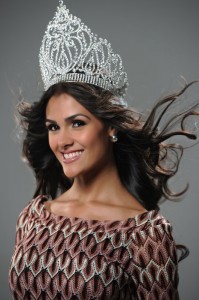 page. Claudia explained the comment to La Nacion, saying, “I said dog-and-pony show because it is obvious that the initial scores by the judges on the swimsuit, nightgown, and questions segments do not match up with what people saw. The change of Fabiana’s height measurements… it was 1.69 meters in the initial casting and later 1.73 meters.”

Alba Rodriguez made a comment on Facebook suggesting that a coin flip should be used to choose the winner! She originally told La Nacion that while she has a lot of things to say, she prefers to leave it alone in order to avoid being called a sore loser. She later said, “I would prefer that the most beautiful or most capable contestant be crowned, instead of wasting time and playing with the illusion and efforts of others.”

The pageant’s director acknowledged that it’s normal for people to have differing views of who is prettier and she denied a fix. She went on to explain that the comments of these other contestants are hurting themselves. She was previously considering making them TV hosts.

Besides the discussion about whether or not the competition was fixed there was another controversy about the winner, Fabiana. Immediately upon winning, she said in perfect English, “Oh my God!”  She was accused of being a “fresa” by some and a “pola” by others. “Fresa” means someone who shows off their superior socioeconomic status, while “pola” refers to someone who hides a simple background by using foreign expressions. Fabiana attributes the expression simply to being from a region where more than one language is spoken.