M-I-C-K-E-Y M-O-U-S-E……….the Mickey Mouse Club lost one of its original members today.  Annette Funicello — the undisputed queen of the “Mickey Mouse Club” — has died, according to Disney’s official fan club Twitter. She was 70. 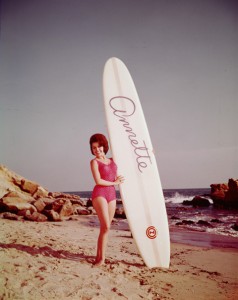 Funicello was a triple threat — Mouseketeer, pop singer and bigscreen star. She was huge in the 60’s with movies like “Beach Party,” Bikini Beach,” and “Beach Blanket Bingo.”

According to “Extra,” Annette had been hospitalized in Bakersfield due to complications from multiple sclerosis and had been in a coma.

Funicello disclosed in 1992 that she suffered from multiple sclerosis. She lost the ability to walk in 2004, could no longer speak by 2009 and required round-the-clock care.

Annette was bigger than Britney Spears, Justin Timberlake and Ryan Gosling combined. She was the fantasy — largely because of her breasts — of millions of teenage boys.

Paul Anka — who dated Annette way back in the day — tells TMZ, “She was a lovely lady. She was a great star. It’s a very very sad ending.”

Frankie Avalon — who starred with Funicello in a bunch of those 60’s beach movies — tells us, “She was a very courageous gal that fought and fought and fought … I’m devastated. I loved this gal.” Click below to hear the interview.

Back in 2011, Annette’s house caught on fire. She managed to escape without serious injury … but her neighbors later sued Funicello claiming the blaze caused damage to surrounding homes.