Men Are Being Touched in Public in Costa Rica

Costa Rica News – I guess men do not like unwanted touching either. 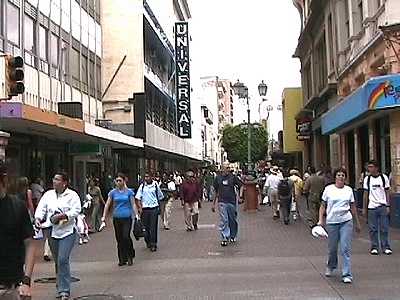 It’s not only women who are victims of sexual harassment in public (acoso sexual callejero in Spanish). Twenty-one percent of men in Costa Rica claim to have been victims of unwanted touching in public.

The report reveals that, although women are the main victims, men also suffer from this situation, especially with respect to physical abuse.

For example, 30.7% of the men responding to the survey said they experienced ‘close encounters with uncomfortable frictions to their body‘, while only 23.2% of the women experienced it.

What the report reveals is that street sexual harassment towards women seems to be mainly in words and stares: 56.3% of the women said they had been target of insinuating stares, in contrast to 44.4% for men, while 48.3% of the women said their were on the receiving unwanted behaviors include anything from cat calls and whistles about their body and style of dress, for men it was 37.4%.

When it comes to unwanted touching in public, only 5.54% of the women said they had been touched inappropriately at some point while walking in public.

As to compliments (piropos in Spanish), 48% of the men maintain they have received them, while 68.6% of the women affirm is part life.