Costa Rica News – The use of medicinal marijuana is a delicate topic but is being discussed in Costa Rica’s capital city after officials confiscated an anti-inflammatory cream that is supposedly made from this substance. Authorities first learned about its presence last year, but this product, said to be from El Salvador, seems to have become more popular recently. 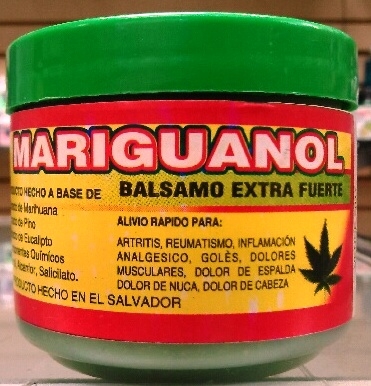 The anti-inflammatory cream is sold under the name Mariguanol. It costs about $3 and the local authorities say that it is composed mostly of camphor. Upon opening the plastic jar it comes in, you can see small cut up leaves but whether it contains significant amounts of marijuana is still up for speculation.

Natural products and medicines make up a small percentage of all the seizures by local police, but it is hard to stop the trafficking of these products. Much of the product is being imported by individuals from a neighboring country, Nicaragua.

The product has been banned in Costa Rica, but some still sell it on the street. Those caught selling it can be fined, but it isn’t a significant enough amount to keep them from selling (about $34).

Congressmen met with an organization that supports medicinal marijuana to talk about the issue. Local authorities say that they have not been able to locate the main source of this product.

This worries them because the product is very easy to find in the capital city these days.