The Constitution will only allow marriage between a man and woman. This is being stated in a bill of constitutional reform which Justo Orozco Alvarez, a member of the Costan Rican Renovation Party, seeks to revive in Congress. He proposes an alternative to Article 52 of the Constitution, which currently defines marriage as “the essential basis of the family and rests on the equal rights of spouses.” 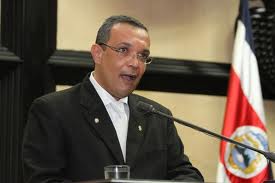 The change proposed by Orozco states: “marriage is the union of a man and a woman which rests in the equal rights of spouses and the essential foundation of the family.”It also notes that it may not be granted to other unions “the same effects of the marriage.”

The initiative was presented to the legislative power in October 2010 and 13 members have signed from six legislative fractions, including Orozco. For the PLN, Oscar Alfaro and Alicia Fournier, Aiza and Elibeth Luis Antonio Venegas. For the PAC, Manrique Oviedo, and the PUSC Gloria Bejarano and Jose Roberto Rodriguez. Also support the Rita GO legislators Chaves, Martin Monestel, Victor Emilio and Jose Joaquin Granados Porras. In addition, Carlos Avendaño supports from the National Restoration Party.

There is some rejection from groups promoting diversity and a few congressmen.

Geovanni Delgado, national affairs manager of the Diversity Movement, said they have no problem if the Constitution says that marriage is only between a man and a woman.

The problem, he said, is adding to that article, since “covertly what you are doing is to deny any rights to the sexually diverse population.”

He added that deputies are proposing to draft, together with the Government, a bill that guarantees fundamental rights to that population.

Meanwhile, the head of the liberationist, Fabio Molina, said fraction has no position on the project.Personally, he added, any initiative that, in order to defend traditional values ​​affect minorities, will be without their support.

Interjet to Open Route Between Costa Rica and Mexico