Costa Rica News – A man has survived a crocodile attack in Osa. The man is 39 years old. 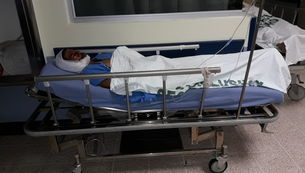 He was in Palmar Sur of Osa, Puntarenas, on Sunday morning, when the attack happened.

The Red Cross detailed, in its report, that it was officers of the Public Force who were closest to the sector. They arrived on the scene and transferred him to the Tomás Casas Hospital in that same town.

The man was treated by doctors for five wounds on his head and identified as Carlos Zúñiga Pérez.

He explained that he was cutting some branches when the animal pressed his head so he put his hand to the reptile to get free.

He doesn’t know how he got such strength to break free. He hit the crocodile’s eye and got away very fast.

Although he had difficulty when he got up he got to a nearby house to ask for help.

Why Hard Facts Aren’t Enough to Alter Our Beliefs