Man Stole Pot Because It ‘Smelled So Good’

Well for all those Costa Rica pot smokers out there, this reason for stealing weed might actually fly in your subconscious but for some reason it does not stand as a good reason in a court of law. A western Pennsylvania man is accused of stealing a small bag of marijuana held as evidence because he allegedly couldn’t resist the drug’s aroma. 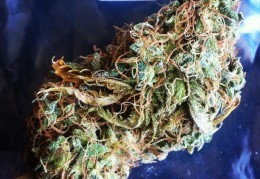 Police tell the Observer-Reporter newspaper that Thompson apparently stole the drugs while an officer was logging them into evidence after police had seized them that night.

Police confronted Thompson outside the station. They say handed over the drugs and confessed, saying, “I just couldn’t help myself. That bud smelled so good.”