Man Gets Drunk, Wakes Up Without His Penis

World News – If this does not get a person to stop drinking then I do not know what else could be tried to stop someone’s drinkings habits. When someone asks why you are not drinking, you can tell them that you want to wake up with your penis attached to your body. 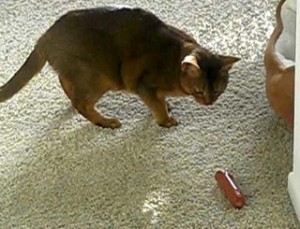 A Dominican man was recently woke up to a nightmare after a night of drinking. He opened his eyes to discover his penis was no loner between his legs.

Geraldo Ramos, 64, told local the local newspaper last week that he had been drinking heavily and after getting completely intoxicated he passed out.

When he awoke, Ramos said he discovered he had no penis. While attempting to find it, or at least figure out what happened, Ramos was told by neighbors that he had been attacked by a dog while he was drunk. I guess perhaps he screwed around with the dog or was taking a pee and the dog thought he saw sausage…..

Though he does not remember being attacked by a dog, Ramos says he does remember being rushed to the hospital, where they performed emergency surgery. That is a lot to drink if getting one’s penis bitten off does not sober you up real quick….

Ramos has claimed he will never drink again, and also says he is not sure he believes the dog attack story, as the alleged penis-stealing dog was not found.

I think if I woke up without my penis that would be a reason to continue drinking.

Best of luck to you stumpy…..