Man Dies After Being Electrocuted in Costa Rica

Costa Rica News – Although you should always be careful around power lines, as rainy season starts you need to keep your eyes peeled a little better for downed lines.  Ezequiel Martinez died at age 35, after falling from the roof of a house and suffering an electric shock. The accident happened at 11:30am at a beach house in Parrita, Puntarenas. 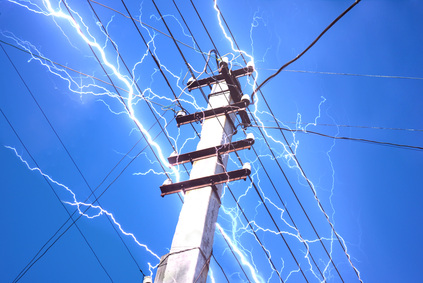 After slipping and accidentally touching a fallen power line, Red Cross paramedics brought him to a clinic. Dr. Arlen Rojas explained that the patient was brought in to the clinic in critical condition and died just an hour later.

Officials from the Judicial Investigation Organization removed the body and brought it to the Judicial Morgue.

Residents who knew Martinez said that he was homeless, looking for a place to sleep each night. They also said that he did odd jobs for income.

He was on the roof doing one of these odd jobs when the accident occurred. According to the Fire Department, from the beginning of the year until April 10, there were seven people killed in the country from electrocution.

In the same period last year, ten such deaths occurred.