Mallards In the Stream

Two mallards, a multi-colored male and the rather nondescript brown female (except for a dazzling blue chevron on her wings) drift downstream. They are completely at home in the stream and at one with each other, communicating through subtle movements where to go and what to do. 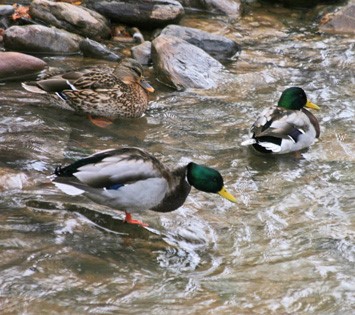 The male has a florescent green neck, a rich brown breast, and various shades of blue and white accenting his wings and tail feathers, forming aesthetically pleasing patterns of color. After both ducks forage for a bit in the sedges along the shore, the male paddles out into the current toward a small, cut log in the middle of the stream.

He comes in from behind the obstacle, where the current is weaker, swims up to it, and in one seamless motion walks up onto the log. The female soon follows suit, at which point they preen for a while next to each other. The domestic bliss is suddenly interrupted when the male abruptly takes off, chasing another female upstream as she flies by.

Comically, they quickly return and fly just above the water downstream. The interruption doesn’t’ even ruffle a feather on the temporarily deserted female.

A few minutes later he’s back, alone, flying upstream past his unperturbed partner, before floating downstream and performing the same deft maneuver to get back up on the log to rejoin her. A moment later the female tucks her head in her wing and goes to sleep.

They don’t move even when I get up and walk down to the water’s edge. However when a couple walks up the path with their dog, that’s enough to send the pair into the air, even before the dog was aware.

My intent in taking sittings outdoors is to end and empty thought, including the content of emotion, such as anger, fear and sorrow. Philosophers, not surprisingly, tend to think too much, and if I’m not careful, a lot of time passes cogitating on all sorts of things.

The word cogitate is synonymous with the word ruminate, which has two meanings. The first meaning of ruminate is to regurgitate partially digested food and chew it again. That’s why cows are called ruminants.

The second meaning is to think carefully and at length about something.

The mind, as thought, is continually regurgitating memory. And even intentional thinking is often simply chewing the cud of experience. Thinking logically is important, and obviously has its place, but not thinking at all, simply observing, is essential.

It’s necessary to take the time to sit quietly alone, even for only 20 minutes a day. Preferably in a spot of nature, even just in your backyard or a nearby park, where you can sit and observe without being interrupted, or besieged by too much noise and human activity.

A bit of daily space and silence are essential, not just to awakening so-called higher states of awareness, but simply to keep one’s head above the sewage of society.

One has to set everything aside, especially one’s problems. Rather than thinking about one’s problems, try taking a break from them for a half hour, and see if you have a fresh perspective.

Besides, as intellectuals can attest, non-stop thought and thinking wears on and probably wears out the brain.

Of course it’s not easy to completely set things aside. One first has to generate some semblance of order; otherwise the mind keeps chewing on things. 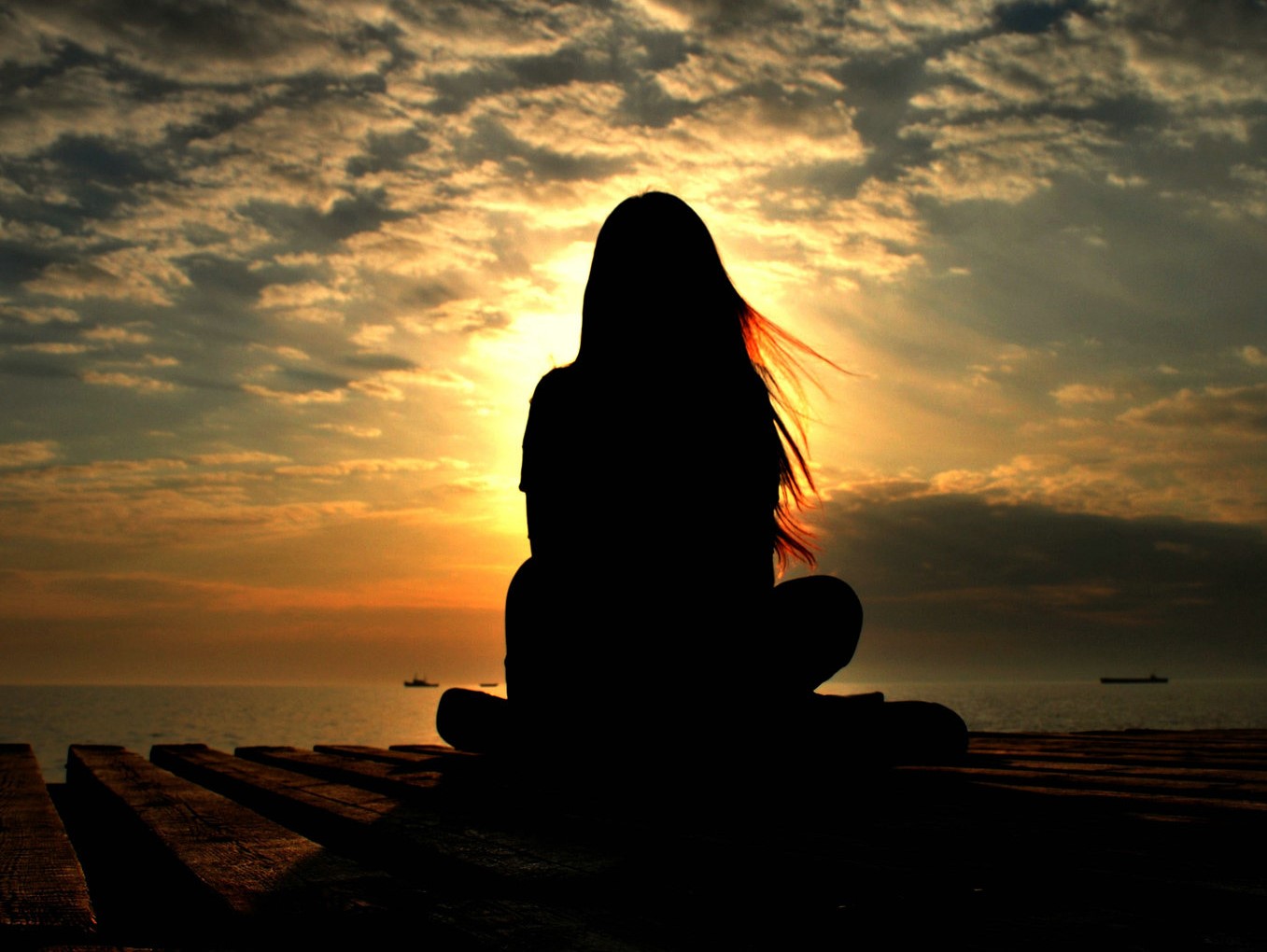 I find it helps to jot down things that come up, with the intent of allowing space in the mind so that the brain can breathe. This process may release painful, difficult or disturbing emotions, but if one holds to the feelings while at the same time letting them go (admittedly a paradox), even the most intractable and intense emotions begin to dissolve, and clarity ensues.

Most people, at least in North America, seem to have decided that it’s better not to feel at all, though usually that is a subconscious decision. But the price is very high—the deadening of feeling, and the formation of yawning emptiness.

Disturbance is the easiest feeling to avoid, repress and deny; indeed, even acknowledging disturbance is taken as weakness. It’s actually the opposite however, and allowing oneself to feel disturbed is the gateway to understanding.

Negating the observer and time are the two hallmarks of the meditative state. To my mind, meditation does not begin until the separate observer and psychological time end.

To go beyond thought and awaken the state of insight, one has to bring attention to the habits of mind, especially the observer and time. These habits are very deeply entrenched, and probably as old as man.

Awareness grows and deepens through attention, and attention in turn is gathered through undivided observation.