An ominous, orangish haze hangs over northern California. The Carr fire has obliterated the normally azure skies and made the atmosphere physically unhealthy and metaphysically surreal.

People are glum, but are holding up pretty well. At the biggest hotel in town, half a dozen huge fire engines at a time sit in the lot as their crews from around the state get a little much-needed R-and-R.

The atmosphere in Chico, about an hour from the front lines of the fire, is as you might imagine—distressing and depressing. The man-made weather has caused an inversion of human suffering, rendering the underlying reality in America undeniable to all.

At the hotel, talking with some of the refugees from Redding, it’s obvious which people have lost their homes, and which are there because of heat, smoke and evacuation orders. A 30-ish woman, looking much older than her years, sits with her legs in the pool, staring down.

Another dislocated woman says that her home was saved, but adds, with a gesture of sorrow, “See that woman with her feet in the pool? Her home burned to the ground.” 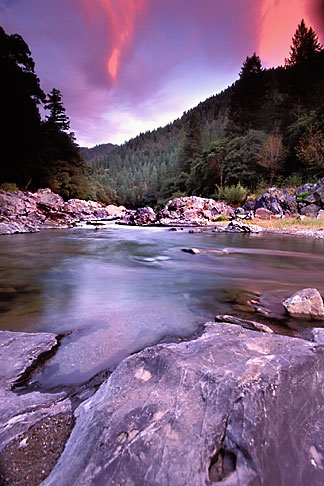 Despite the conditions, I’m able to take the first complete meditation in the park in a few days (which to my mind means effortlessly initiating a movement of negation).

An Asian woman wades upstream about 200 meters from the footbridge. I wonder if I should alert her to my presence, but it seems fitting simply to wait until she sees me.

When she does, she nonchalantly asks, “Watching the water?” Meditating actually, I reply, “Oh, am I disturbing you?” Not at all, I say, and she wades back downstream.

A few minutes later she returns with her two early-teen daughters, both of whom begin to swim, splash and throw stones directly in front of me. In between her first appearance and return, some loud rap music began to blare less than 200 meters further upstream. Time to leave, and find another spot.

I find an unoccupied picnic site with a leafy view down the creek. Though it was still mid-afternoon, it feels like dusk, at once bright and dim, life-giving and life-threatening.

The sitting, which began in sorrow, ended in a meditative state of stillness, peace and renewal. It’s a surprise every time how simply watching and listening, allowing the senses to be fully present, the detritus of the mind and heart is washed away, without the effort or will.

The personal dimension has to end as easily as a dead leaf falling from a branch onto a stream. Then the earth and world are open to you.

When you close your eyes and hold your arm out, you know where it is because of proprioceptive cells in your joints. If these cells are damaged or lost, as they sometimes are in old people, the automatic foot placements we take for granted are lost, 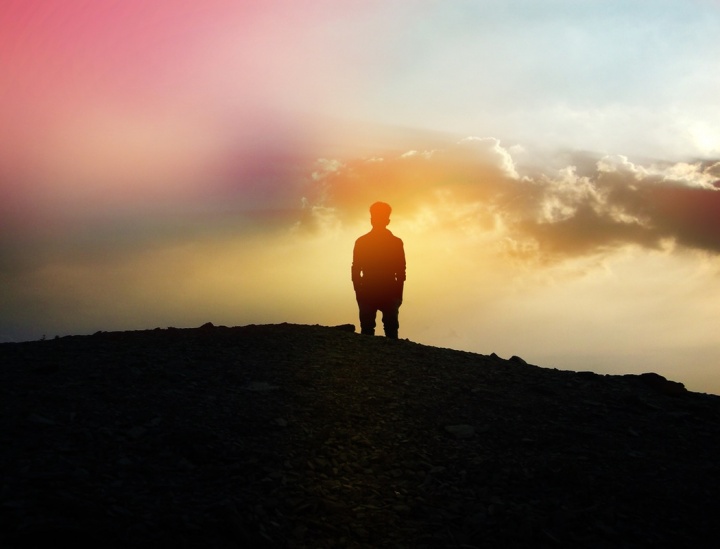 and people often fall, injuring themselves.

Can there be a proprioception for time? Yes, when self-concern ceases and one is listening, watching and feeling everything within and without.

We humans have been living in terms of time for so long—tens and perhaps hundreds of thousands of years—that most people cannot imagine another way to live. Don’t try to imagine it, because one cannot go from idea to actuality, and doing so will just create another obstacle.

All systems or methods of meditation are false because they are still part of thought and time. Can one observe the entire movement of thought-time without choice and interference? Experiment and play with it. Meditation is a delight and joy, never something one has to force oneself to do.

A gray squirrel scurries to the end of a branch overhanging the stream, hesitates, starts back, and repeats the funny display of indecision a few more time before making a spectacular jump into the leaves of an adjoining tree.

It’s hard to make the leap, but he or she who hesitates is not lost.

Some People At Costa Rica’s ICT Are Making Bank