The Impossible Task of Firing a Costa Rican Employee

For all of you that have either run a business in Costa Rica or worked at a business in Costa Rica you have been able to experience the pure inefficiencies of the Costa Rican labor pool.  This is not to say that there are not hard workers in Costa Rica, they are just few and far between. I know that when I was starting a company I went through over 35 sales people in 2 months trying to find 2 decent ones.  Most Costa Ricans are very content to sitting and doing nothing and collecting a salary, if they do not have someone looking over their shoulder they will in most cases do nothing. 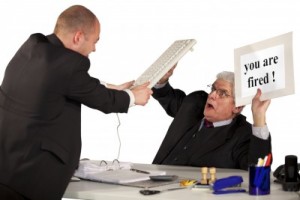 I read an article this morning about reasons to fire an employee. (http://angelashelton.com/12fires) The funny part is 95% of Costa Rican employees do this things each and every day.  Because of the labor laws, the business owners just put up with it because getting rid of the employee is just too much work, time, drama, and money. Now that you have the background, lets get to the story.

I friend of mine owns a vacation rental business in Playa del Coco in Northern Costa Rica.  As it is in most cases he has several Costa Ricans working for him.  In his office are several security cameras that are for just that “security.” About a year back he went into his safe in the office and found that about $1500 was missing.  Like any normal person would do he checked the security tapes and witnesses on the recording one of his employees opening the safe and taking out one by one $100 bills.  Now in most cases this would be enough to just fire the employee for cause. He, however, not knowing the legal ins and outs perfectly asked his lawyer what he needed to do.

The lawyer helped him file the paperwork necessary to get it on record that this employee was stealing money from the business, and that everything was in place so that he could legally fire this person.  This process took about 3 days during which the person continued working.

After everything was in place and the owner had spent 1 full day of his time and paid his lawyer a couple hundred dollars he was able to confront the employee.  He brought him into his office and said that he was missing money and did the employee know anything about it.  Like a good Costa Rican he did the normal thing and lied, “no.” The owner then proceeded to show him the recorded video of the employee opening the safe and stealing the money.  After seeing this in most cases a person knowing that they were caught would have admitted to the wrong doing……not in Costa Rica.  The employee said “I know nothing about this.”  The owner said get out of the office and that he was fired.  The employee then proceeded to tell the owner that he needed to pay him the severance pay for the time he worked there.  Again the employee was told to get out.

You would think in most cases that this would be the end of this situation……again not in Costa Rica. The employee went and filed a denuncia to try to get his severance pay, which only because the owner had filed already the information about the cause of firing was rejected.  The owner tried to get the $1,500 back by filing a case against the employee, but the employee has a lawyer friend that said because you could not tell what amount the notes were that he was stealing form the safe that they were only $1 bills instead of $100 bills. Saying that he stole only $15, not $1500.  The law in Costa Rica is it is a petty crime with a theft worth less than $1,000 and it is hardly punished. Even if you catch the thief and deliver him to the police they will release him the next day so he can resume his work.

Although this is not as funny as the other stories we write in this section it should give you some good insight into Costa Rica labor law.

Only in Costa Rica for Week of Oct 22nd

That’s why only a fool would start a business here.