One of my most culturally incongruous moments in Costa Rica was several years back, when the infamous “ new road” was being built. You know, the one that took 23 years to complete and doesn’t go to the airport? Before the decision was made to turn it over to the Chinese as the new Silk Trading Route to the Pacific, it was an agonizing full day journey over 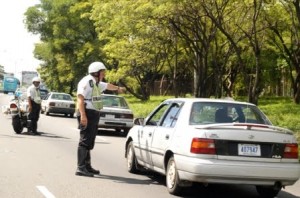 mountains, around hairpin turns with no guardrails and long, long waits while Tico workers took coffee breaks and siestas alongside the construction debris strewn pass.

A newby tourista in a rented car, I was scouring Costa Rica in search of the perfect titled beachfront property to spend what remained of my 401K, with a map that curiously lacked names of towns or  highways. GPS didn’t exist yet, we just drove towards the coast, fending off cattle, huge sink holes and Tico families picnicking on the road. Back then, we serpentined around the road obstructions, free to drive on either side of the road to avoid bottoming out the rental car or smashing into oncoming herds. We searched the Spanish –English dictionary to find the phrase “ Derumbas” en la via which are the only warning signs on any highway in Costa Rica. Evidently , these derumbas  present a clear danger to be avoided when encountered on the road. I am not certain, but I think I have met a few in my travels.

Waiting, waiting , waiting in an endless single line of cars with engines bellowing exhaust, I wondered if this was the meaning of the Pura Vida lifestyle? Creeping slowly towards the huddle of construction “workers” drinking coffee,  I finally made it to a lone “work” man acting as gatekeeper to the Pacific coast. He motioned for me to stop my car, which I did, hoping he didn’t need a ride. When I put down my window, he handed me a red flag on a long pole, and began shouting at me.  Being an inquisitive Gringa , I asked  “Que es eso?”  He continued shouting “permite ir, moverlo, no estacionar” and waving me on as if the whole Cherokee nation was in hot pursuit of my covered wagon.

I tossed the flag in the back seat, and sped away, happy to be freed from the torment of the waiting, and proud to have been awarded the prized flag for being the last car on the line. Strange but delightful new cultural custom, I assumed.

Several months later, some Costa Rican friends noticed my flag, now a Costa Rican souvenir on the wall in my son’s bedroom. Puzzled, they asked how I came to still have it. I asked “ Was I supposed to give it away?” They looked at me with what I now know to be a Costa Rican mixture of loathing and pity, and explained I was to have passed it, relay style, to the first car on the other side of the bridge, so that they would know I was the last car allowed from the other side, and that it was their turn to play “ Moverlo” .

We considered silently how long the oncoming cars probably waited, as we stared at the lone trophy flag displayed above my son’s bed.

Submitted by one of our readers that wanted to stay anonymous.