Legends of The Moon & Poetry

Enchanted Moon
Your heart is like a mirror and I am the seer of love.
Words rise up from my lips and I can feel the sun kiss me.
I am never alone.
Your anger is like a natural disaster.
I put the beast to sleep with a song.
My halo is a divine flower growing from a seed I nourish with powerful thoughts.
Our souls are like vines twisting, nurtured in green gardens of the underworld.
Dreams pour from the moon and slip through my hands like memories.
Diana Pagan Goddess of the Moonlight
Diana is the goddess of the hunt. She transformed into a goddess of the moonlight. She is a great goddess and has been worshipped in many positive ways. She is the queen of Heaven. She is always standing up for women and their rights. She is fabled to have turned herself into a black cat and snuck into Lucifer’s chambers as he was sleeping. She then got pregnant in his bed with their daughter, Aradia who is the goddess of the witches.

Moonlight
Can you feel the moonlight?
Super moon come closer to me.
Whisper secrets of the night
into my ears like a flowing sea.
Moonflower is growing in time
with the song of outer space.
You are the paradigm of beauty,
Your visions and spells encase
me in a magic shell like a glass coffin
sleeping forever and waiting for you
like Endymion and Selene dreaming
dreaming my heart in the moonlight
is blooming.

The Goddess of the Moon and Endymion
The goddess of the moon has a different name in each culture. Diana is a derivative of a Latin word meaning bright sky. As the Queen of Heaven she rules as Inanna. In Greek mythology she can be compared to Selene. There are legends of love in 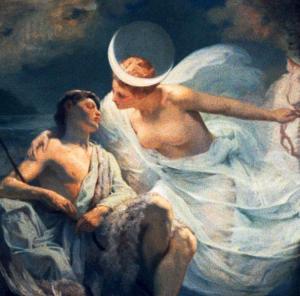 each culture between her and Endymion. He was a very beautiful mortal. She found him to be irresistible. She wanted to have him forever yet he was a mortal. She begged God to put him into an eternal sleep and he did. He sleeps eternally dreaming.

The Legend of the Vampire
In Greek mythology, the legend of the vampire began with Selene and Ambrogio. Ambrogio was a handsome Italian man with a desire to travel. He wanted to visit Greece to have his fortunes told. Recorded in the scriptures of Delphi was this tale. He met Selene at the moon temple and they fell in love. Apollo, the god of the sun was also in love with Selene. He placed a curse on Ambrogio that he could not go out into the sun so that he could not go back and meet Selene at the moon temple. Ambrogio ran into a cave where Hades was dwelling. He told him he would help if he could recover the hunting bow of Artemis. He sold his soul to the devil. After many days he began writing poetry for Selene and begged Artemis for her help. She decided to help him. The lovers were finally able to meet and Ambrogio wrote her a note asking her to meet him at his ship as he was to set sail back to Italy. He was sleeping in a coffin and he told her not to open it until after the sunset because the sun would burn him. She sailed with him and they were in love together. Artemis helped Selene to become immortal by teaching Ambrogio how to drink her blood and turn her into a vampire queen. This was the beginning of vampires in Greek mythology and also the beginning of Selene as the moon goddess.

Temple
I am a temple made for a holy spirit,
a vase filled with many dreams
that pour out like water
to form the mist upon my wings.

Wings cover my face.
As I talk about a pagan goddess above, let me go back into time, back to 2014, in which I was inspired to write about a man-god, a half god named Hercules after watching the latest movie about Hercules.   I will call this The Legends of Hercules. 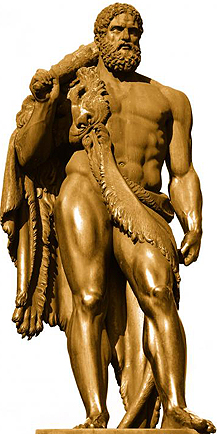 The Mythology
Hercules is the legendary hero of the era of Greek and Roman mythology. He is a great force who is half mortal and half immortal. In Greek mythology he is worshipped as a God.The story of Hercules starts when Zeus and his mother meet. Her name is Alcmena. She is the daughter of a great warrior. His name is Amphitryon. His father is a king. His kingdom is Tiryns.The great goddess Hera discovered that Zeus had been with Alcmena. Out of jealousy she tried to kill Hercules as an infant- sending two snakes into his crib to kill him. Hercules killed the serpents.

Hercules married a woman named Megara. She was a daughter of a king that Hercules won the right to marry in battle. He ended up killing her and her children in a rage set in by Hera. Hercules is a hero so to him this is devastating. He needed forgiveness so he traveled to meet an oracle in Delphi. He could be forgiven if he performed 12 labors for his kingdom.

Here is the Twelve Labors of Hercules:

Slay the Nemean Lion
The Nemean Lion was actually a shape shifting woman that would lure men into the rocks with her human damsel in distress tricks. Upon coming closer she turned into a lion and would eat them. Hercules destroyed her with her own sharp claw.

Slay the nine-headed Lernaean Hydra
Hercules cut off the head of the Hydra with a golden sword that Athena had lent to him. Hera sent down a giant crab like monster to try to distract Hercules. Lolaus is his nephew and he fought alongside with him at this point.

Capture the Golden Hind of Artemis.
The hind was very hard to capture, but Hercules did this even though it took him traveling through many countries to accomplish this.

Capture the Erymanthian Boar.
Hercules has the help of a centaur to complete this task.

Clean the Augean stables in a single day.
He reset the directions of two rivers to accomplish this task.

Slay the Stymphalian Birds.
These are man eating birds with beaks of bronze and feathers of metal. These birds were sacred to Ares. Athena decided to help Hercules because the birds were destroying crops. She gave him a rattle made by Hephaestus.

Capture the Cretan Bull.
Hercules battled this bull with his bare hands. He actually let it go free because his companion wanted to sacrifice it to Hera but Hera would not accept it.

Steal the Mares of Diomedes.
Hercules kills the owner of the mares and feeds them the body which acts as a tranquilizer.

Obtain the girdle of Hippolyta, Queen of the Amazons.
A beautiful princess wanted a belt given to an Amazon Queen by Ares. He ended up killing the Queen because Hera interceded and made it so the Queen was paranoid instead of kind and she tried to go up against Hercules.

Obtain the cattle of the monster Geryon. 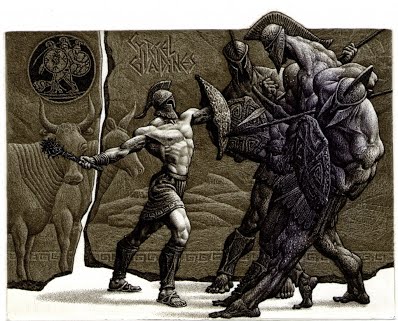 Hercules captures each last cattle and has them disguise their tracks by getting them to walk backwards.

Steal the apples of the Hesperides.
Hercules captures a shape shifting, Old Man of the Sea to figure out the location of this garden. Hercules agreed to hold up the world for a moment for Atlas while than shaking the fruit free.

Capture and bring back Cerberus.
He learned from Eleusis how to enter and exit the underworld alive. Then he attacked it with his bare hands and dragged it up to the Earth.

After the twelve labors Hercules lived the rest of his life much the same way. He had many adventurous and the God’s were still highly interested in his acts.

The Constellation of Hercules

The Two stars Vega and Lyra lay very close by.

The Hercules Movie was just released. The role of Hercules is played by Dwayne Johnson. It is based on the graphic novel Hercules: The Thracian Wars.
Dwayne Johnson doesn’t wear his shirt for most all of the movie. He rarely has armor on. He is good at being intimidating.

In the movie, Hercules has companions that seem familiar to the people that he encounters in the mythologies of his twelve labors. The movie doesn’t explain the twelve labors exactly or the people that came from his past. The characters are all just there and there are no introductions.

The woman warrior in his group is an Amazon Queen so I am assuming they were trying to keep that labor alive yet they don’t explain how she began traveling with him.

His nephew is also by his side much like in the legends.

There is also a very funny oracle that travels with him. He has visions that he thinks his companions don’t take seriously yet they do because he foresees his own death at one point but is saved thanks to his friends that are listening despite their silence.

Hercules starts with the last labor. Hercules is just ready to finish his last task when he changes his mind and a new story is written and that is the movie of Hercules.

I recommend this movie because it stays true to the mythology of Hercules and continues on from that point with a new story. It is funny and intense. The monsters are beautiful to look at on the screen in the flashbacks.

It is a good movie if you know the legends well and even if you don’t. Hercules is a well-known story continued on through modern motion picture.

Costa Rica Shipping; The Truth About Shipping A Vehicle to Costa Rica