Entertainment News – LeBron James may need to call Janet Jackson to get some advice on how to handle wardrobe malfunctions. 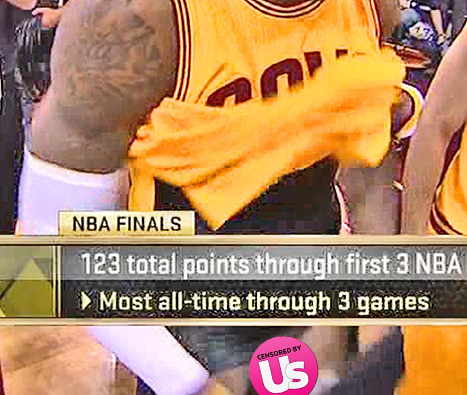 Moments before Game 4 of the NBA Finals began on Thursday night, James inadvertently exposed himself to millions watching on live television.

As James was getting ready to take the court, a camera moved in for a close-up. James was adjusting his shorts as he started to tuck in his jersey.

He briefly pulled down the black compression shorts he wore under his gold game shorts as well, exposing himself to an audience that has averaged about 18.5 million viewers in the first three games of the series.

It conjured memories of Jackson’s performance at halftime of the Super Bowl in 2004 when Justin Timberlake tugged at Jackson’s top and briefly exposed one of the singer’s breasts.