Learning to Surf the Waves of Costa Rica

Costa Rica Travel News – Surfing is filled with “aha” moments: that flash when you finally “get it” and stand up on the board; that instant when you identify a rideable wave; that point when you ask yourself, ‘Why did I wait so long to do this?’ ” 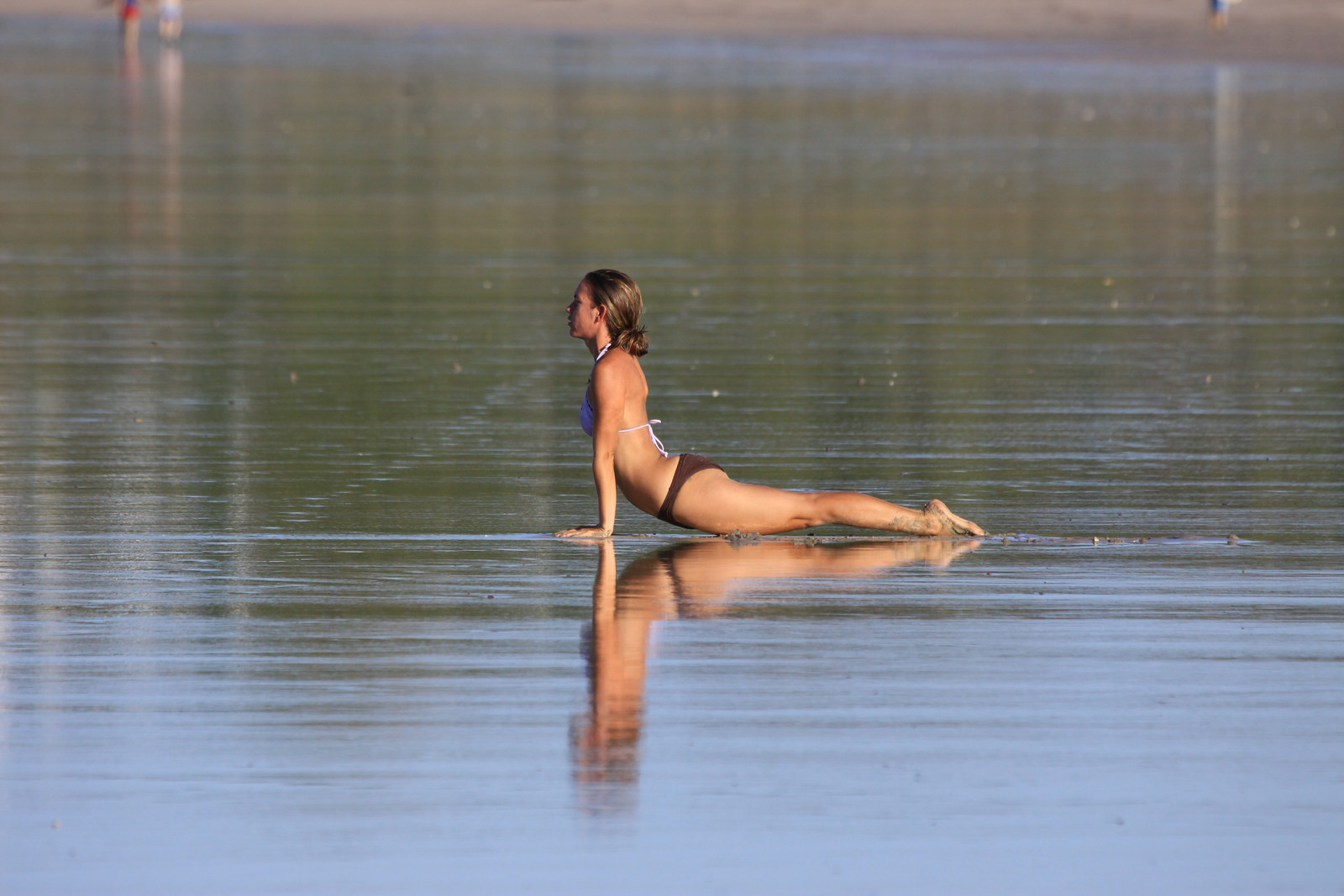 Well, why had I waited? Maybe because I’d always thought of surfing as a dude thing — specifically a young and fearless dude thing. With nothing except a sliver of fiberglass between you and the unpredictable ocean — crushing waves! man-eating sharks! — it seemed more like a death wish than a sport.

But a looming birthday can inspire you to do all sorts of crazy things, which is how I ended up — clad in a skin-tight rash guard and board shorts — navigating a longboard through the rough Pacific waters off Playa Guiones, on the northwest coast of Costa Rica.

For decades, this Central American country has lured surfers thanks to the warm ocean temps and world-class breaks, as well as its reputation for safety and affordability (though the latter is rapidly becoming a thing of the past). All of which also makes it a great place to learn how to surf, and Nosara, a funky, laid-back town about an hour flight from the capital of San Jose, or a 2½-hour drive from Liberia airport — is pretty much ground zero for surf schools.

One of the most established is Safari Surf School, a Billabong-sponsored camp founded by Hawaii native Tyler Marsh 15 years ago. And while the focus is on surfing — lessons are given twice daily by certified instructors — the week-long packages also offer a taste of other activities in the area: zip-lining, yoga, ATV-ing, kayaking and horseback riding among them. (Trust us: after a couple days of surfing, your body will be aching — literally — to do something else.)

Safari Surf’s headquarters — really a house with an open kitchen, terrace and pool, plus hundreds of surfboards — is where guests gather for lessons and meals (most packages include communal dining, at both the camp and local restaurants). On my visit, there were several families — some first-timers, some who come back year after year — a trio of post-collegiate guys from California; two opinionated, pony-tailed NYU law-school students; and a chirpy 20-something solo traveler who’d quit one job and was about to start another. Everyone had a different story, but we were all there for the same thing — to learn how to surf (or, for some, how to surf better).

Beginners start out on the beach, with a surfboard shape etched into the sand, and learn how to go from a prone, paddling position to a standing, surfing one. Angle and tuck in both elbows (“like chicken wings,” says my cool, dreadlocked instructor, Helberth), lift your chest while arching your back (“like a cobra,” he explains), bend your knee and use that foot to push yourself up, then adjust your feet and point 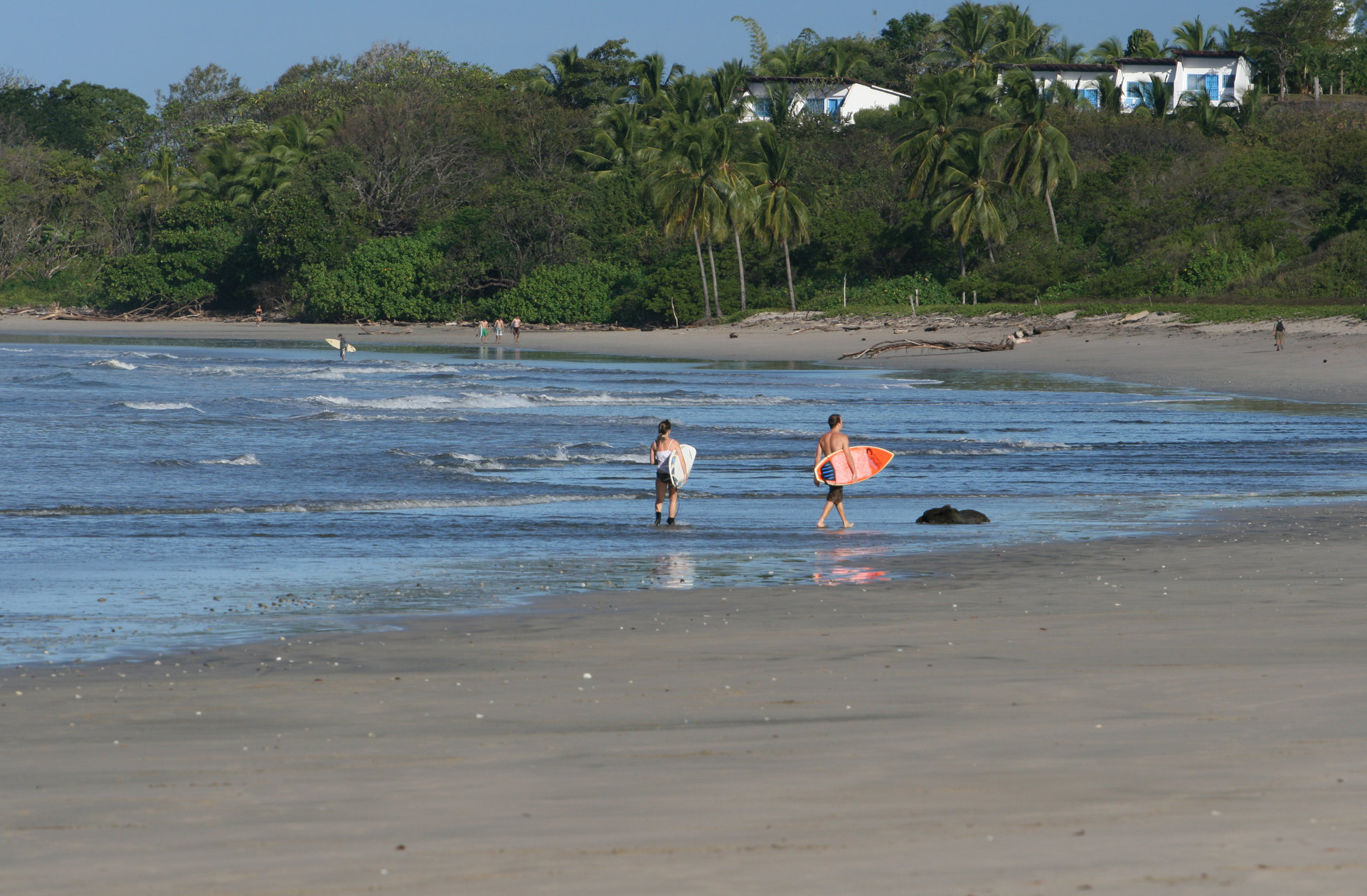 your arms in the direction you want to go.

Practicing the steps on dry land is one thing — trying to remember them while out in choppy water is another. You’ll wipe out — a lot. You’ll get plenty frustrated. And you’ll be extremely exhausted — even with the instructors doing much of the work of guiding you into the waves. But eventually — for me, it was by the third lesson — you’ll be popping up on the board and riding that whitewater all the way back to the shore. By the fifth lesson, you’ll have graduated from whitewater and be taking on some actual waves (green waves, in surfer lingo).

Just when I felt like I had mastered the basics, it was time to head home. But now there’s an even better reason to go back. In spring 2015, Safari Surf will have a new headquarters next door, set in a brand-new development called Olas Verdes.

The first LEED-certified project in Nosara, Olas Verdes will bring some much-needed hotel accommodations to the area: Its 17 rooms will have flexible layouts, allowing for groups or families to lodge together, as well as kitchens or kitchenettes and laundry facilities. There will also be a large saltwater pool, a clubhouse and a bar.

For more information on Safari Surf School and its packages, which start at $1,450 for seven days, visit safarisurfschool.com