“La Tagada”; A Can’t Miss Ride at the Zapote Festival in Costa Rica

Costa Rica Entertainment – Families and older guests still love to go to Zapote for the bullfighting but the younger crowd is more interested in the show put on by their own friends at a ride called “La Tagada”. 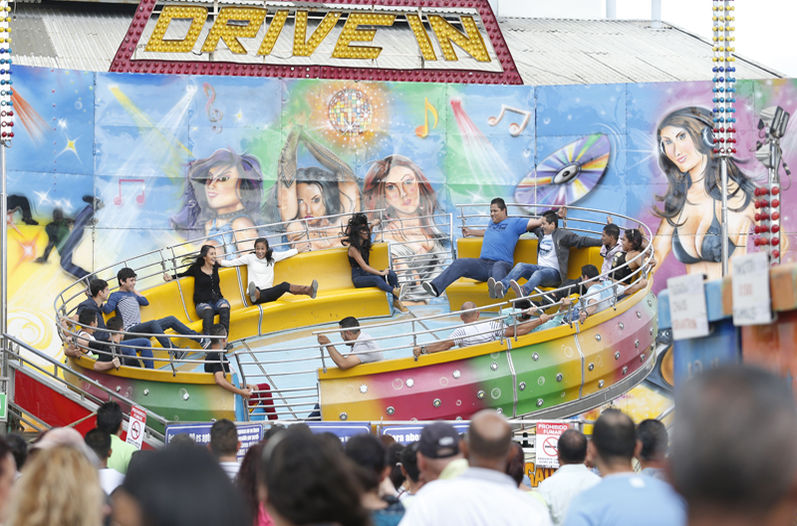 La Tagada is a disk that spins and throws people around as they dare to stand up and dance in the middle of it.

Even those who remain seated become part of the show as they are trying to remain dressed throughout the crazy motions.

It doesn’t help that many of them wear garments that barely cover them while standing still.

Those who want to ride or show off on La Tagada pay either ¢1,000 or ¢1,500 depending on which of the two machines is chosen.

Both machines are surrounded by onlookers with beers and snacks in hand ready to be entertained.

Aside from the chaos caused by this crazy ride there are also many others to enjoy such as carousels for the little ones and roller coasters for the brave.

The activity will go until January 3rd and about 25,000 people attend each day.

Primate Populations on The Decline in Costa Rica