Judge Resigns in Midst of Scandal

The deputy judge of the Second Division of the Supreme Court, Fernando Bolaños Cespedes, who was investigated for his offer for a pension contract, resigned last week. The decision was communicated on Thursday to the president of the Court, Luis Paulino Mora, through a letter. 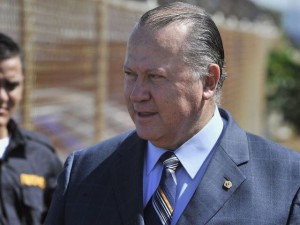 The judge justified his resignation for personal reasons and the inquiry against him provided by the Board of National Teachers Pension (Jupema).

His resignation was filed just four days before the Court filed on his case. Yesterday, the judges considered the charges were considered “very serious” and he was suspended for one month.

The judges left on record that the document of resignation was sent to Congress.

Reporters tried to obtain an interview with the judge , but he said he would not comment.

The investigation against Bolaños began in February, after it was disclosed that the judge used his position to obtain the contract with the Jupema.

That pension agency was required to meet 53 demands  of employees who claim the annuity payments are not recognized since 2003.

The judge offered to discuss the issue with judges and lawyers with whom they had contact.

In the contract signed on 20 September 2011, stipulated that Bolaños should “do a job of convincing the legal environment at national level.”

Following the withdrawal of the case, the Court appointed Judge of the Constitutional Court judge Fernando Castillo as.

On Monday of last week, Castillo gave the report and the judges discussed several hours, but there was no judgment.Three days later, Bolanos resigned.

Yesterday afternoon, the judges took up the debate and opted for the suspension.