Jorge Luis Pinto, The Man Who Made Costa Rica Soccer Fly (The Interview)

Costa Rica Sports News – Costa Rica’s objectives ahead of the 2014 FIFA World Cup Brazil™ can be summed up by these six words from their Colombian coach Jorge Luis Pinto: “To face the greats with grandeur”. As it turned out, Los Ticos achieved that objective and more. 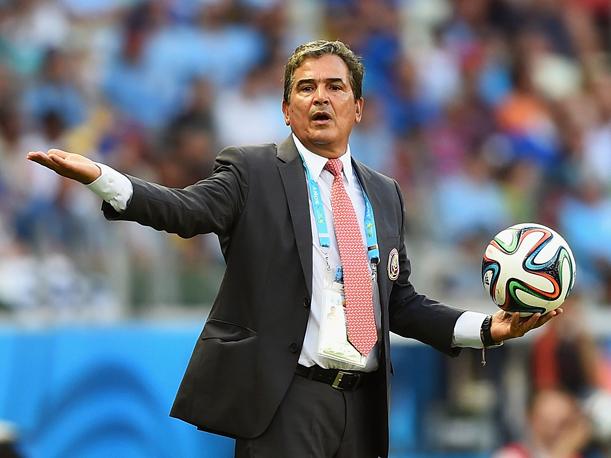 Drawn into a daunting Group D featuring three former world champions in Uruguay, Italy and England, the Costa Ricans simply rolled up their sleeves and got on with the job. In the days and weeks that followed, they showed that their achievement in finishing second in the CONCACAF qualifiers, ahead of regional big guns Mexico, had been no fluke.

Two months on from the end of Brazil 2014, FIFA.com spoke to the intrepid Pinto about an unforgettable campaign in which they defied all expectations.

“The aim of the message was for them to go out and achieve something,” began Pinto, in reference to his six-word exhortation to his players.

Declaring himself to be “happy” with the group draw, the meticulous Colombian added: “I couldn’t just go and intimidate the team and make them scared for no reason at all. My aim was to give them confidence and to fill them with a sense of optimism and enthusiasm. And that’s how we felt right the whole way through.”

Determined to improve on the national team’s previous best performance, which came in reaching the Round of 16 at Italy 1990, Costa Rica began the year by doing their homework, with Pinto and his assistants spending six months following every step their group rivals took on the pitch. At the end of his extended, fact-finding mission, there was very little the coach did not know about Uruguay, Italy and England.

“I can’t put a percentage on how effective all that work was, but I reckon it would be pretty high,” said the man himself. “I’d liked to have seen the team perform without all that guidance because then I’d be able to say that it definitely worked. In the end, I think the work we did was all worthwhile.”

Suitably prepared, Costa Rica sprang their first surprise against Uruguay, coming from behind to win 3-1, thanks in no small part to their polished set-piece routines. Six days later came the meeting with the Italians, a game vital to Tico hopes of reaching the knockout phase, which depended to a large extent on their ability to counter the threat posed by Andrea Pirlo, Italy’s midfield artist.

Explaining his side’s plan to neutralise the great regista, Pinto said: “What we were looking for with Pirlo was to do both an individual and a collective job on him: individual in terms of forcing him to play a different way, pressurising him and stopping him getting the ball; and collective in terms of finding a response when he did find space and play the ball to someone, in this case (Mario) Balotelli.”

The gameplan worked, with Bryan Ruiz scoring the only goal of the match to give the Central Americans six points out of six. Tipped by most people to fall at the first hurdle, Pinto’s charges promptly advanced to the next round as group winners after earning a draw with England. Awaiting them in the last 16 were Greece. 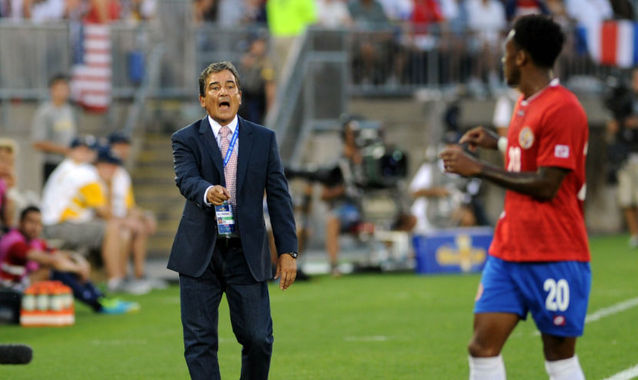 The Round of 16 tie turned out to be anything but easy. Captain Ruiz put the Costa Ricans ahead once again, after which they sought to control possession and protect their lead. With 24 minutes remaining, however, Oscar Duarte collected a second yellow card and was sent off. Bolstered by their numerical advantage, the Greeks equalised in the closing seconds to take the tie into extra time.

There were no further goals and in the resulting shootout, keeper Keylor Navas kept out the Greeks’ fourth spot-kick, giving defender Michael Umana, who had clocked up 12 kilometres during the game, the chance to put Pinto and his men through.

“He was a leader,” the coach said of his No4. “I told him that he had to be the last one, that he had to take the last penalty and be the one who decided it. He’s very reliable, very professional and he’s also one of the players who understands my concepts the best and who puts them into practice on the pitch.”

Pinto added: “I felt a lot of happiness and satisfaction when he scored. I felt like it was the outcome of a job that we’d been very committed to and put a lot into.”

In the last eight, the Netherlands very nearly suffered the same fate as the Greeks, only for luck to desert Pinto’s charges in the penalty shootout that followed another tense 120 minutes of football.

Prior to that shootout, in the closing seconds of extra time, the Dutch brought on goalkeeper Tim Krul, who later claimed that his introduction caught Pinto off guard.

Rebutting that view, the Colombian gave his thoughts on the now-famous substitution: “(Louis) Van Gaal is a great thinker and tactician, and we knew he might decide to bring a new keeper on in the last minute. We had all the information on him. He didn’t intimidate us – anything but. I just told the team not to think about him and to focus more on the penalties they were about to take.”

Though the Dutch won through, Costa Rica consoled themselves with the thought that they had exceeded expectations by coming within an inch of the last four and showing the rest of the world what they could do. Indeed, Navas’ heroics in goal subsequently earned him a move to Real Madrid, with Pinto confident that he can vie with Iker Casillas for the No1 jersey.

“He’s definitely got a chance because there are two different dynamics at play there,” he said. “One of them’s on the way up, and the other’s not getting the motivation he needs from the club.”

As for his own future, Pinto is content to sit back and ponder his options after a brilliant campaign in which his side really did face the greats with grandeur.

“We’re waiting. I’ve got no real urge to go and coach,” he acknowledged. “I’ve had and am still getting offers from clubs in Mexico and Saudi Arabia, and there’s been interest from other national teams too. I want to take my time and choose what’s best for me, a place where I can work without problems and do my job. At the end of the day, I think that’s what every coach wants more than anything else.”