Entertainment News – Jon Stewart always gets the last laugh. And on Thursday night — before he presents a final “Moment of Zen” as host of “The Daily Show” — he’s expected to give fans a sendoff packed with his biting brand of satire.

His last edition of the long-running series airs at 11 p.m. ET on Comedy Central, with a guest list sure to include some of his fellow comedians.

But it’s Stewart’s serious side that has helped to make the maestro of “fake news” a late-night staple for the past 16 years.

Related: Trevor Noah to Make Debut as Host of ‘The Daily Show’ on Sept. 28

While 52-year-old Stewart’s next move has yet to be revealed, here are some of his most raw and moving moments from the anchor desk: 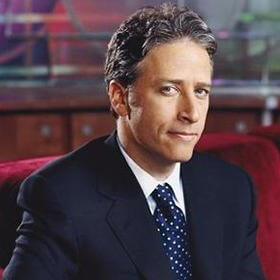 Stewart was less than three years into his role as “Daily Show” host when he was faced with the horrors of 9/11. Returning to the airwaves nine days after the attacks, he used his opener to try and make sense of the terrorist attack — and inspire hope.

Stewart has been an outspoken critic of the war in Iraq, taking direct jabs over the years at everyone from former President George W. Bush to former Secretary of Defense Donald Rumsfeld to journalist Judith Miller.

After trying to untangle the political power moves involved in the U.S.-led invasion, Stewart memorably highlighted the hypocrisies last year when “the old gang of warmongers” began opining about ISIS.

Following 9/11, Stewart made it his mission to advocate on behalf of first responders for healthcare funding when Senate Republicans in 2010 filibustered a $4.2 billion legislation known as the Zadroga bill.

Ultimately, the bill was passed — and some lawmakers credited him with bringing awareness to the issue.

“There are a lot of us who worked on this bill and fought for it daily,” Rep. Carolyn Maloney told The New York Times. “I had events every week for nine years practically. Letters, petitions, lobbying, meetings. But it was Jon Stewart who brought that bill to life.”

In 2013, Stewart interviewed Pakistani human rights activist Malala Yousafzai for the first time — before she would go on to win the Nobel Peace Prize. She riveted Stewart, who asked her what she would do if confronted again by a Taliban gunman.

“I would tell him how important education is and that I would even want education for your children as well,” the then-16-year-old said. “That’s what I want to tell you, now do what you want.”

Stewart later quipped: “I know your father is backstage and he is very proud of you, but would he be mad if I adopted you?”

The announcement late last year that a grand jury would not indict an NYPD officer in the chokehold death of black man Eric Garner didn’t just perplex Stewart — it left him speechless.

The news came amid a number of high-profile cases involving the deaths of black males at the hands of police.

“I honestly don’t know what to say,” Stewart said. “If comedy is tragedy plus time, I need more (expletive) time.”

Apologizing After the Charleston Massacre

Stewart again turned somber after nine parishioners were massacred in a historic black church in Charleston, South Carolina, in June. From his desk, he addressed feelings of despair and sadness, and lamented a “gaping racial wound” and a perceived lack of response by Americans.

“I have one job and it’s a pretty simple job,” Stewart told the audience. “I come in the morning and we look at the news, and I write jokes about it.”

“But I didn’t do my job today. So I apologize. I got nothing for you … because of what happened in South Carolina.”

By by ERIK ORTIZ, NBC News