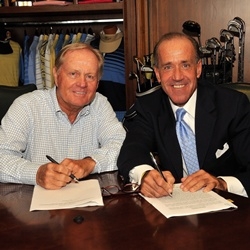 The one credential that always seems to top his bio is his connection to Vice President Joe Biden.

“These marketing people and drafters of bios lean on stuff when they shouldn’t. If there’s any perception of that, we need to address that because it shouldn’t be happening,” Williamson told the Tribune-Review.

Siblings of presidents and presidential aspirants made news even before the first cans of Billy Beer carried the signature of President Jimmy Carter’s brother in the 1970s.

If the vice president seeks the Democrats’ presidential nomination in 2016, that will draw more attention to his brother’s dealings. Joe Biden has dodged questions about a presidential run but appeared last month in New Hampshire, which hosts the nation’s first primary.

“Being president or vice president has impacts on people’s families,” said Joel Goldstein, a vice presidential scholar at St. Louis University School of Law. “… I imagine it can provide either welcome or unwelcome scrutiny.”

Family ties can lead to an outsized impression in other countries, said Doug Wead, co-author of an upcoming book on presidential siblings.

“It’s very powerful,” Wead said. “You can’t convince the people in these countries that the brother does not have the ability to get something done.”

The White House did not respond to questions about the vice president’s brother. Joe Biden’s financial disclosure report does not include any direct investments in development projects, casinos or Costa Rica.

Frank Biden, 60, who lives in Ocean Ridge, Fla., could not be reached, either. Williamson said he is the spokesman for the Costa Rica development, and he declined to make his partner available.

A woman who answered the phone at Mavericks in Education, a charter school management group in West Palm Beach, Fla., where Frank Biden works as president, said he was not in the office.

In his autobiography, “Promises to Keep,” the vice president credits his youngest brother with introducing him to his wife, Jill. On Facebook , Frank Biden posted pictures with his famous brother from 2009 and 2011. They have one other brother and a sister.

The plans for Costa Rica have been on and off for five years. The proposed Guanacaste Country Club would feature a Jack Nicklaus Signature Golf Course, along with five phases of residential housing, according to its website. It shows photos of a dirt road being built and Williamson with workers on the site, along with building permits and personal references.

Related developments would include SUN Village, a modern downtown with retail space, bars and offices; the SUN Hotel Group & Convention Center, with a cluster of internationally branded hotels and casinos; the SUN Medical & Anti-Aging Center; an office complex; and an indoor shopping mall.

They were described on a website for Virtus One, a company headed by Frank Biden and Williamson. The website has been disabled for redesigns and updates, Williamson said, although a Google cache remained visible last week.

The partners control more than 2,000 acres for the projects near Liberia, close to the Nicaraguan border and a three-hour car ride from San Jose, the capital, Williamson said.

Liberia Mayor Luis Gerardo Castañeda Díaz said the proposal could mean thousands of jobs for his community.
“It seems like a great initiative, which we hope will be performed,” he wrote in an email. “We open our doors to all investors who want to work not only for their business but also for the community.”

The recession in the late 2000s delayed the project, Williamson said.

“The project suffered the same delay due to the financial crisis as many others,” he said. “However, we spent this time improving the model instead of shelving the project.”

Scott Tolley, spokesman for the Nicklaus Companies, said golf course developments often are delayed.
“Our design agreement with the developer of Guanacaste is presently on hold until they secure funding or until further notice,” Tolley said.

Frank Biden and Williamson had talked with Chinese investors, the latter said, but decided to work with Americans. He and Biden would serve as the master developers, and each phase of the project would have its own developer and financing.

A Mississippi casino developer has found developers interested in working on the project, Williamson said. He provided a phone number for the financial backer, but he did not answer calls or respond to voice mails.

Court records from Louisville show the Internal Revenue Service filed a tax lien against him in 2009 for $32,500, and the agency released the lien in December once he made payment. Biden told the Broward/Palm Beach New Times in 2011 that he was struggling with alcohol addiction when he ran into tax problems, and he was paying off the debt each month.
Williamson, originally from Iowa, is identified as a decorated Army veteran who served as an “intelligence and operations specialist in the European Theater,” deployed near East Germany.

One online bio said he had worked for the family of the vice president, but he said that was limited to Frank Biden.
“Certainly, I have had no involvement with the VP,” he said. “… He’s got way smarter people than me.”

The Answer to the Recovery of the IT Sector in Costa Rica?