Joan Rivers Will Never Go Back to Costa Rica

Costa Rica News – I guess there are some celebrities that got to experience frustrations during their vacations to Costa Rica.  It is not always paradise for everyone. 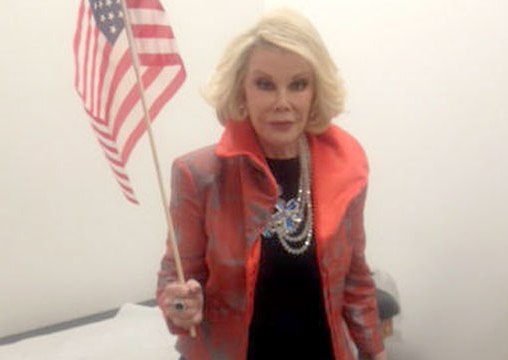 You may not know this, but Joan Rivers gets around. Our favorite comedienne is a member of the Millions of Miles Club. As in—she’s traveled million of miles in her lifetime. She has homes—and jobs—on each coast, she tours constantly, and flies to Pennsylvania all the time to shill her Joan Rivers Classics Collection on QVC.

This week the funny lady reveals why she will never go back to Costa Rica. Never. Seriously.

What was your biggest travel disaster?

I will NEVER go back to Costa Rica.

It sounds serious. Tell us why.

Four years ago, they prevented me from going on a plane home. Seriously, it was awful. I have an AKA, also known as passport [Joan’s real name is Joan Rosenberg and that is what is on her passport].

I was with Melissa and friends in a little village in Costa Rica, and I was the last one of our group to leave and the woman at the counter did not accept my passport and they were closing the airport. The airport was only open on weekends, and I was stuck in Costa Rica. I only had $100 left, since I had given Melissa some money—and she was already on a plane to Los Angeles.

So what did you do? What can you do?

So there I was, stuck by myself in an airport that was closing down. I had $100 and I did not speak the language. Thank God the guy who was holding my luggage was there. He drove me in his truck 125 miles to the embassy in San Juan so they could help get me out of there. I made conversation as best I could without speaking the language.

He could’ve killed me! There was no wifi. I could have been killed and murdered on the road for my fake jewelry! Worst experience ever.