Joan of Arc in the New Age

After all the experiences that I have had it is hard to understand God. Some of us have paranormal experiences and find faith in God and that empowers us to push the evil away from us, developing a lasting bond with God. Some of us never experience the paranormal and many of these people end up as atheists. Why do our experiences shape us so much. Is it possible to believe in God without ever experiencing the supernatural. After all, not all of us are gifted with the ability to sense the spirit world even as it is standing right in front of us. What if I had never encountered anything spiritual? Who would I be?

Even though it is the devil that is messing with us, much like the story of JOB, in the bible – God sends Satan to mess with him, God sends Satan to mess with us. He torments us constantly with painful memories, temptations and obsessive, impulsive thoughts. I consider this world and all that I have seen and it feels like we are pawns in a war between good and evil and that yes you must choose a side. You must do what you must to survive. God has so many people and so does the devil ready to support them. It is a war in the minds of mortals. We are fighting the fight for them. We are confused and lost because nothing is ever certain in a world of random creation and destruction. Even as we fall asleep we are slipping into the dream world free to be tormented by the other side. Some people do not dream! What is instead of evolving into super psychic beings we end up going the opposite way and no one can see the world of the spirit, hear it or notice it.

Was Jesus psychic? He knew everything about people and went around reading them. Why did we put labels onto every being and situation to the point that throughout the ages the true meanings are lost, languages are rewritten, destroyed and created and we keep doing it. If we could only have the truth, what then? Why is there only one savior to the world? We can all make a difference. A very famous female person who of course is still discounted to this day because she was a woman who had a strong relationship with God and not a man comes to mind. She is loyal, passionate and lucky. She is Joan of Arc…

She is a woman from the fourteen hundreds in France. She received visions of the archangel Michael and immediately 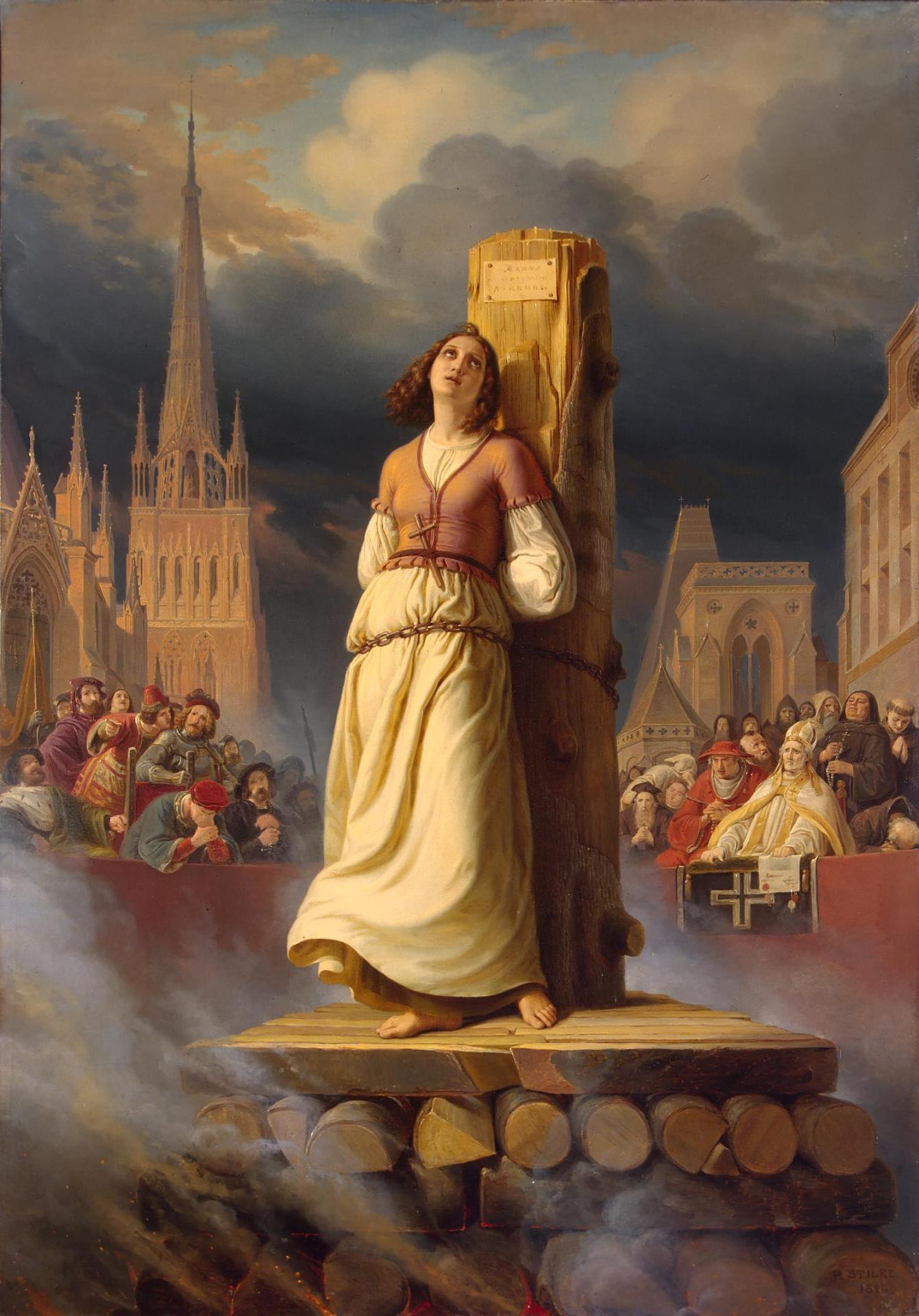 succumbed. She was to support King Charles the seventh in a war. She did as she was instructed and led her life in that way. She even went the lengths to disguise herself as a male soldier. She was also capable of reading and writing.

She wrote many letters which are available to read to this day by searching online. She was eventually charged with heresy and the church was against her and testing her in all sorts of biblical ways, asking her many philosophical questions and debating her answers to see if she fit the doctrine or not. She was imprisoned by them and charges such as cross dressing and heresy were very serious in these times. She was burned at the age of nineteen and her remains were discarded in the Seine river. She has since become recognized as a saint. God also let Jesus be crucified.

We may never understand is not an acceptable answer for me. I want the truth. Why can’t I have the truth? If God doesn’t owe us the answers why do we owe him anything? What is the logic in blindly following a religion of words. Why do these saints do what they do? They are programmed from a very young age to be on a certain path from afar.

I had this dream that God was a vampire and he sucked out every bit of blood from me. He enticed me into coming near him while he sat on a golden throne and he wore a King’s crown. I was hypnotized by him. My blood drained all over his kingdom and I became the river of blood that flowed through his city where he dwelled all alone. He had his city made out of gold and he was all alone. Immortal and alone.

I also have a spirit guide much like Joan. He is tall and pale with black hair. He has blue eyes. Actually, the color of his eyes is always changing. He has also helped me to follow a certain path in which I have. He has instructed me to write dream journals from a very young age. The name Gabriel is one he uses. With all of this new age phenomenon happening, with spirit guides and angel magic I am not really sure what is happening. Maybe it is really that easy to communicate with angels.

Land Around Route 27 in Costa Rica Being Expropriated