Costa Rica News –  Debra Ehrhardt’s   Jamaica  Farewell – an internationally award winning play and soon to be Hollywood film – will return to Teatro Jaco on October 19 and 20th at 8pm and October 21 at 3pm. 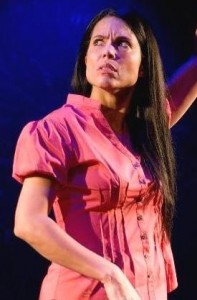 Written and performed by Debra Ehrhardt, the one-woman show has  been optioned as a film project by Rita Wilson, wife of Tom Hanks.  Directed by Joel Zwick, director of My Big Fat Greek Wedding, Jamaica Farewell, “tells the story of Debra Ehrhardt’s journey in which she escapes revolution-torn Jamaica in the 1970’s.

Left to her own devices, she risked prison time and even death in an attempt to pull off a daring and dangerous caper with the unwitting help of an infatuated American CIA agent to fulfill her lifelong dream of starting over in America.”

At the tender age of seven, Kingston, Jamaica native, Debra Ehrhardt, knew her dream was to come to America. At 16 she realized her dream. After a brief sojourn in Miami, she headed north to New York to study acting. While honing her craft she concluded that her tropical blood would never get used to the east coast winters. She threw away the ice scraper and moved west. Los Angeles has been her home base for the past twelve years. She received a 2007 Proclamation from the City of New York for her “Outstanding Contribution to the Jamaican Community.”  After a successful run Off-Broadway in the Spring of 2008 Jamaica Farewell has been touring the United States, Canada, the Caribbean and premiered in the UK at the Hackney Empire, London in October 2008, and has just completed a full US Tour to critical acclaim.

Ticket prices are $20 and $30 for VIP seating including 2 drinks.  To purchase tickets: www.teatrojaco.com  or call the Box Office: 506 2 630 9812 noon to 5pm daily. Also get 20% off with your Costa Rica After Dark VIP card, valid at over 100 businesses throughout Costa Rica.  (http://costaricaafterdark.com/costa-rica-discounts/) Groups of 10 tickets or more receive a 10% discount. Teatro Jaco is located on Pastor Diaz Street in Jaco Beach, 90 minutes from San Jose.

Read what the critics are saying:   www.jamaicafarewelltheplay.com 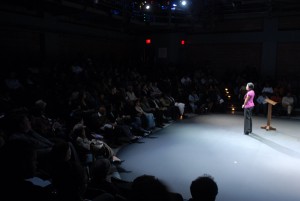 Jamaican-bred, Los Angeles-based actress Debra Ehrhardt is a storyteller who can fill up empty space with the sheer power of her exuberant storytelling ?~CHICAGO SUN TIMES

A combination of spy thriller and slapstick comedy..Ehrhardt is an excellent storyteller and monologist! ~CREATIVE LOAFING, Atlanta

Debra Ehrhardt possesses a rare ability to mesmerize that would have kept ancient Grecians sitting around the fire for hours. ~WASHINGTON POST

Winning! The evening’s real pleasure is simply Ehrhardt herself, She’ s got it going on, living every day like Independence Day. ~LA TIMES

Powerful. With wit and a melodic Jamaican lilt, Ehrhardt proves to be an entertaining and charming raconteur. ~THE NEW YORKER

Fantastic! An emotional journey that does full justice to the drama of her life-changing off-stage odyssey. ~TIME OUT NY