Costa Rica Bird Watching – it is that time of year to catch glimpses of the beautiful Quetzal in Costa Rica. 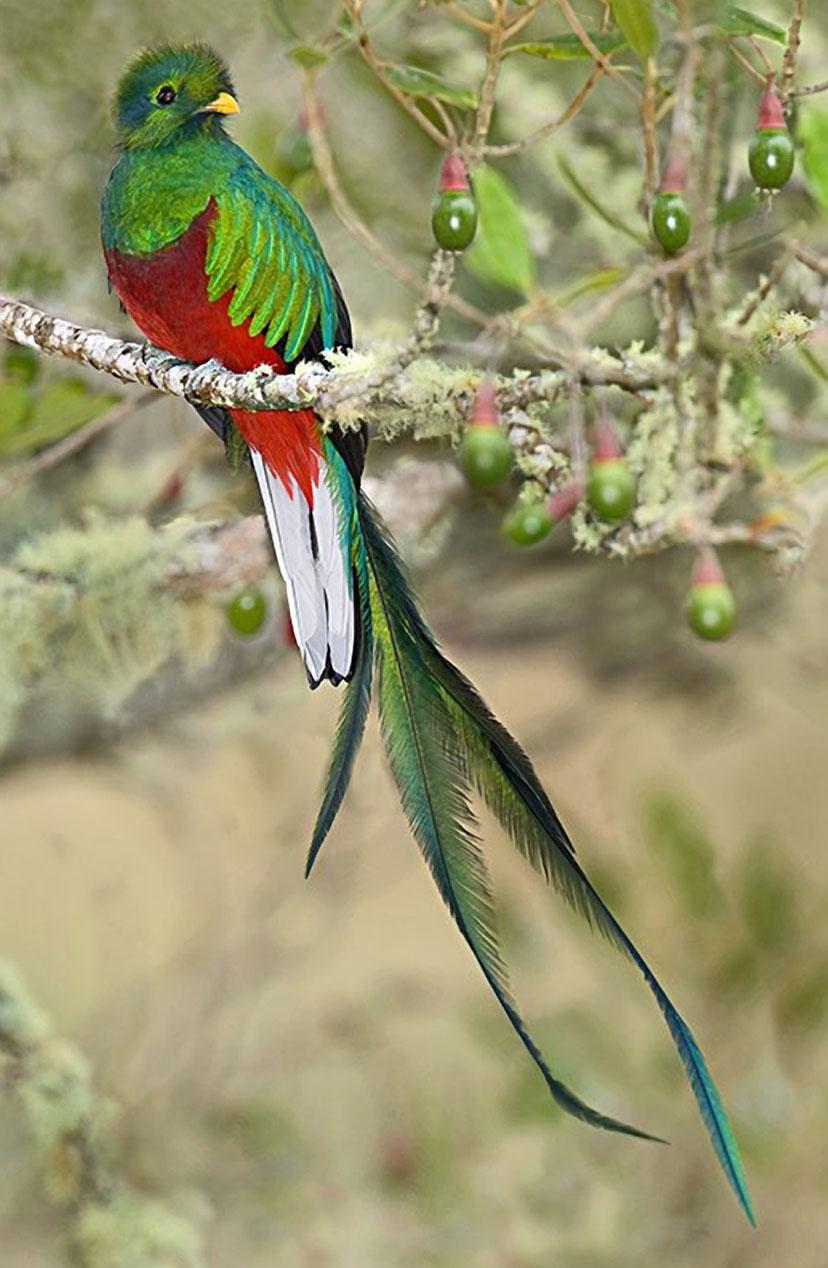 An unimaginable array of flora and fauna can be found in Costa Rica‘s jungles amid the purr of jaguars, mist of clouds, and sputter of active volcanoes.

But one creature is so vaunted that it was the inspiration for the Aztec and Maya feathered snake god: the aptly named resplendent quetzal. Famed ornithologist Roger Tory Peterson called it the most spectacular bird in the New World.

From December to April, during the dry season, its swooping, elegant tail is the giveaway to spotting it in the thick canopy.

Sadly, the quetzal, a member of the trogon family, has become threatened, making it more elusive, and sightings of it rare. Encountering this graceful creature, even if just for a moment, offers a glimpse of living color you won’t find elsewhere.

Locals refer to the dry season as verano (summer), when road mud dries and rivers and foliage recede, making passage and spotting easier.

It is a sublime and transformative natural experience that will stay with you long after the quetzal’s striking plumage disappears into the mist.

By Intelligent Travel in Beyond the Guidebook

What are the Holiday Schedules for Costa Rica Government Services?