It’s All ‘Domestic Terrorism’ Now (Yes, Even With ISIS)

The Charlie Hebdo attacks in Paris in January of 2015 seemed localized and remote. The Bataclan massacre in November 2015 felt indiscriminate but still over there. However the depravity of mowing down hundreds of people with a refrigerator truck in Nice felt like it happened in one’s own town. 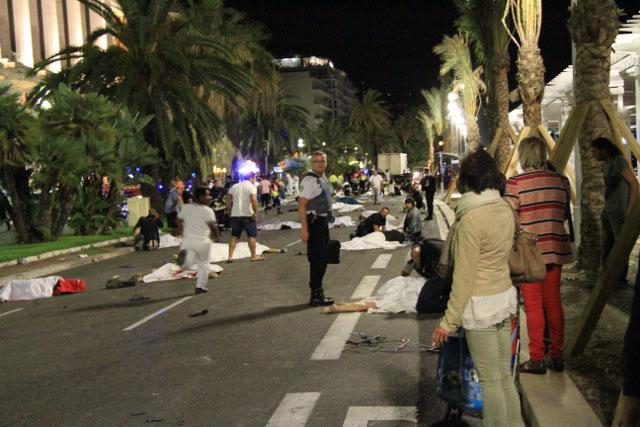 Terrorism by individuals claiming allegiance to ISIS, and mass murder by depraved individuals in America have merged into an indistinguishable emotional and spiritual juggernaut running over people everywhere, not just the West.

The massacre at the Pulse in Orlando Florida and the rampage at the Promenade des Anglais in Nice were an inseparable admixture of extreme alienation and hatred, and terroristic intention and imitation.

There are three elements to these ‘homegrown’ attacks. There is the psychological element in the individual or individuals involved. Hyper-individualistic Western societies have long been breeding isolation and extreme disaffection in people who can’t or won’t assimilate.

Add an influx of Muslim immigrants, especially in Europe, who find it difficult to assimilate and are increasingly being watched and stopped (not unlike what blacks have endured since the supposed Emancipation in America).

Second, there is the collective, metaphysical movement of evil. Its existence is still given only lip service by elites. Worldwide, the psycho-spiritual impact of evil, which flows through weak and hate-filled people, has become overwhelming.

Finally, there is the ideological element, the rationale terrorists or calculating mass murderers use for their crimes against humanity. This is the least important factor.

Nevertheless, the mass media, with its the absurd trope of ‘brainwashing by the Internet,’ focuses on the ideological aspect, because it fits the political narrative and entertainment values in which it is embedded. As we can see with this latest mass murderer in France however, the overlay of ideology may not be present at all.

Most of us see these things to some degree, but we are hearing the usual hollow and hackneyed counsel. A New York Times editorial contained this pabulum this morning: “Each new attack, each new convulsion of fear, horror, grief and anger is a progressively greater test of enlightened civilization’s commitment to its core values.”

Enlightened civilization? Are they serious? This enlightened civilization, which began with the so-called Enlightenment in France, killed hundreds of thousands of people in Iraq on a whim and lie. And we continue to be judge, jury and executioner in a bombing and drone campaign against a convenient enemy that the evil policies of America and its allies self-fulfillingly created.

Even if the territory held by the Islamic State was completely retaken, or bombed into oblivion as the Republican candidate for the presidency threatens to do, it would not eliminate the threat from nominally Muslim and Christian mass murderers. They have been incubated in the Petri dish of our own vaunted cultures.

The world is coming apart, and not just in Turkey and the Middle East. Yet all politicians and elites can do is call once again, with semi-religious compulsion, for “respect for human rights, equality, reason and tolerance that is the aspiration of all democratic cultures.”

It’s time to stop speaking such drivel, stop thinking in terms of ideals and aspirations, and start examining our own societies for the inseparable darkness that gives rise to mass murder and terrorism. Besides, in a global society, there is no inside vs. outside.

Terrorism is a lazy intellectual and emotional category anyway. And the idea that we must make war on terrorists because they make war on us is the very definition of stupidity. 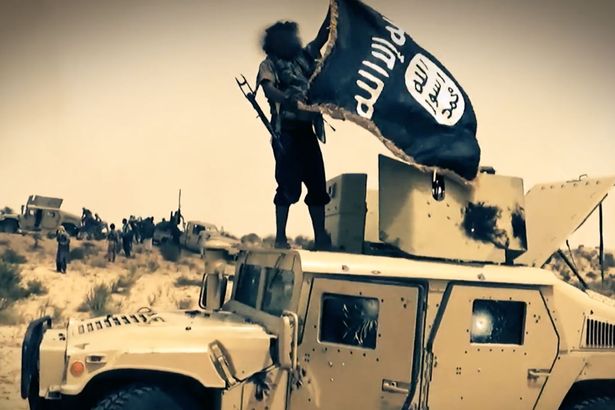 Pitting Western civilization against Islamic civilization is inevitable with the rhetoric and mentality of war. Propagating the idea that the scourge of terrorism is a war we (whoever ‘we’ is) can and must win is not only incredibly wrongheaded; it plays into the hands of those we elevate by doing so.

This isn’t some John Lennon “Imagine there are no countries” idealism. The world as it actually is, this world of growing terror, knows no borders. The archaic divisions of ‘my country’ and ‘your country,’ ‘my religion’ and ‘your religion’ feed its violence. Saying, “the way out is not to go nationalist or globalist but to return to American nationalism,” is a moronic contradiction.

The whole point in ending tribalism within one is to end the division and conflict between people at its source within the individual.

The choice is not between the perfectly emancipated individual and the fantasy of formerly cohesive communities that no longer exist.

The choice is between ordinary human beings emotionally embracing the whole of humanity, in all its present chaos, or continuing to cling and conform to disintegrating fragments of nation, religion and ethnic group.