Costa Rica Travel – THESE words come to you from the “happiest place on earth”. 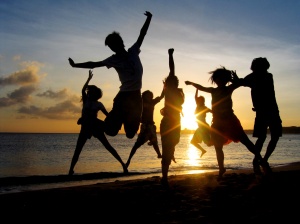 In a stroke of good fortune, I am a new resident of a country that has edged out its 194 rivals to claim what could arguably be the most sought-after title the world over.

Further, this little haven of goodness and wellness has claimed this accolade three times in the past seven years.

Welcome to Costa Rica. Home to pristine rainforests and cloud forests, soaring volcanoes, world-class beach breaks, coffee that will appease the palate of the most discerning Sydney and Melbourne bean-hunter and those adorable two- and three-toed sloths.

So, back to that distinction of “happiest place on earth” for a moment. It’s quite a big claim and hefty shoes to fill. As a proud Australian I take it with a healthy dose of scepticism — what’s this tiny nation of 4.5 million souls got that the rest of the world hasn’t?

For a start, most people I know need an atlas to locate its whereabouts. For the record: it’s south of Nicaragua to the north of Panama and about three-quarters the size of Tasmania.

The Happy Planet Index report, published by the New Economics Foundation, shuns economic measures of happiness and instead ranks countries by how much happiness they get from the amount of environmental resources used.

Happiness is calculated by measuring a country’s bliss in relation to the wellbeing, life expectancy and social inequality, and then dividing it by its ecological footprint.

Costa Rica has long been regarded for its crusading approach to sustainable living and in 2016 fulfilled the enviable milestone of deriving 98 per cent of its energy from renewable sources. This has been achieved in successive years, mind you.

Abolishing the military in 1948 has had a significant impact on the people and the way they engage in conflict resolution and generally view the world.

Instead of siphoning taxpayer dollars into munitions, the money is invested into education and health. With a literacy rate of 98 per cent — elementary education is free and mandatory — and a health system revered the world over, it’s a strategy that has had a profound effect on the Tico (nickname for Costa Ricans) population. They take enormous pride in being citizens of a country that has abolished its army.

Having meandered through Central America and its ‘highways’ (a loose term) extensively in 2016, there’s nothing more unsettling than arriving into a new town and being greeted with a pump action shotgun or surly band of militiamen.

You’ll find none of that here. As a result of Costa Rica’s commitment to peace, it finds itself in rare company as one of only ten nations globally completely free of conflict. Big tick in the happiness box right there!

And personally speaking, my two daughters are enrolled in La Paz Community School where peace practices form an essential part of their learning. It’s these examples that fuel optimism in an overtly turbulent age.

However, there’s a force of a different kind that provides a few clues as to why Ticos are so content with their lot. “Pura Vida”, anyone?

A bit like the Fijian “Bula!”, Pura Vida is more than an expression: it’s a state of being that goes a long way to defining this upbeat Central American nation.

Ask a Costa Rican how they are and they’ll typically reply “Pura Vida”. The English translation is “pure life” but to put a finger on the real context is tricky.

It’s a narrative for the country’s laid-back approach to living. It’s “hello”, “how are you?”, “see you later”, “so be it”; an assessment on one’s self and an affirmation for life in general.

Better still, it’s genuine, and typically said with overwhelming pride, forged from the bellies from some of the most contented people on this planet.

A few clicks down the road from where I live in the Guanacaste Province is the famed Nicoya Peninsula, one of only five listed “Blue Zones” in the world.

What’s a Blue Zone, you ask? It’s an area where people live longer than the rest of us. 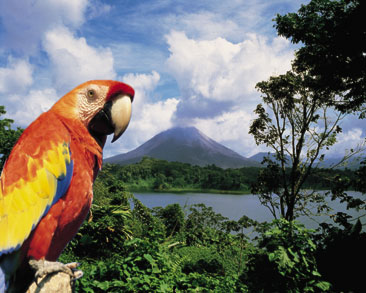 This unique patch of the country has the world’s lowest rates of middle-age mortality and the second highest concentration of male centenarians.

So proud is Costa Rica of its elderly that every person who has a 100th birthday is featured on the national news. Pura Vida! The other four Blue Zones are Loma Linda in California; Ikaria, Greece; Sardinia, Italy and Okinawa, Japan.

Which leads us to what makes Costa Rica such a sought after tourist destination: its natural wonders.

With only .03 per cent of the world’s landmass, Costa Rica is home to nearly six per cent of the planet’s biodiversity, with over 500,000 unique species of plant and wildlife. Impressive reading.

But it can’t be ignored that the “happiest place on earth” has some real issues to contend with. Nearly 20 per cent of the country lives in poverty and wages hover at an average of $4 to $5 an hour. Transport pollution and congestion in the capital San Jose is some of the worst in Latin America, Costa Rican roadways are the fourth most dangerous in the world and youth unemployment is at 25 per cent.

Though what’s remarkable about Ticos is that they’ll rarely invite you into the shortcomings they grapple with daily. There’s nothing a warm smile and a lighthearted conversation can’t fix. Optimism is a central maxim in these parts.

I think I can safely go out on a limb here and say that at the heart of our existence we express the desire to be happy. My barometer on this is simply gauged by the way I go about my daily business and the levels of contentment of those around me, from my inner sanctum to the random passers-by that intersect my life.

Am I living in the happiest place on earth? Can’t quantify that, but gee it feels good. Pura Vida one and all.

Gary Burchett spent 20 years working in radio and TV production in Sydney and London. He is travelling Latin America with his wife and two daughters who, for the time being, reside on the northern Pacific Coast of Costa Rica in the Guanacaste Province. You can follow their adventures at udreamido.com.

Astronomers Discover Something Strange and Beguiling on Pluto’s Largest Moon