World News – The Internal Revenue Service said Facebook may have understated the value of intellectual property it transferred to Ireland by “billions of dollars,” unfairly cutting its tax bill in the process, according to court papers. 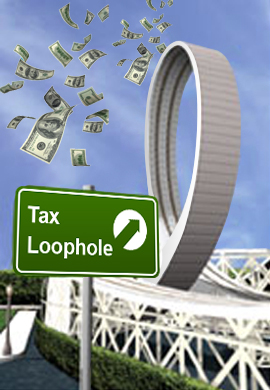 The U.S. Justice Department filed a lawsuit on Wednesday in federal court in San Francisco seeking to enforce IRS summonses served on Facebook and to force the world’s largest social network to produce various documents as part of the probe.

The tax authority is examining whether Facebook understated its U.S. income by selling rights to an Irish subsidiary too cheaply.

Doing so could boost taxable profits in Ireland, which has a corporate tax rate of 12.5 percent, and reduce taxable income in the United States which has a rate of at least 35 percent.

“Facebook complies with all applicable rules and regulations in the countries where we operate,” Anteneh Daniel, a spokesperson for the company, said in a statement.

The complex tax structuring used by big technology companies such as Google and Amazon has prompted governments in recent years to launch a program to rewrite tax rules so that inter-group deals that shift profits into tax havens are no longer possible.

The price used for the intangible property was determined by Facebook’s tax adviser Ernst & Young (E&Y).

“The IRS examination team’s preliminary positions suggested that the E&Y valuations of the transferred intangibles were understated by billions of dollars,” the lawsuit said.

It does have to pay tax on the money it received from intermediary Facebook Ireland Holdings.

They frequently take advantage of a quirk of Irish tax law which allows companies to designate an Irish registered company as being tax resident elsewhere — an arrangment tax professionals have termed a “double Irish.”

This involves the rights-holding company being designated as tax resident in a tax haven. However, since the companies concerned are Irish-registered, the transactions don’t trigger a U.S. tax bill.

Facebook declined to say where Facebook Ireland Holdings was tax resident. It is an unlimited company, which means it doesn’t have to file accounts so there are no public documents on its status.