Interpol is Looking for Relatives of the Palidejo

San Jose, Costa Rica – Parents and wife of the Costa Rican Alejandro González Jiménez, alias Palidejo, are wanted by the International Police (Interpol). Jimenez is the prime suspect of plotting the attack on the Nicaraguan businessman Henry Fariñas, on July 9, 2011, in Guatemala. 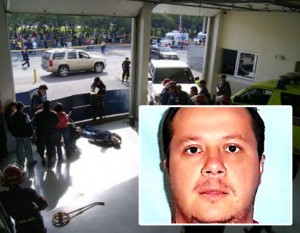 His wife, Nancy Perez Wendy Sanchez, his father, Jose Francisco Jiménez Solano, and her mother, Ana Isabel González Vega, have entered the list of those wanted by Interpol. They are being investigated on charges of alleged money laundering.

The First Circuit Criminal Court of Alajuela, sent the arrest warrant on 22 May.

The focus is on Palidejo relatives because his parents and wife are part of corporations with properties and luxury cars.

According to immigration records show, the father of Jimenez recorded at least 12 exits from and 11 entrances into the country.

The latest report of migration registration is July 17, 2011, through the International Airport Juan Santamaria.

The Palidejo is being held in Guatemala, after being arrested on March 12 while trying to enter Colombia.