Costa Rica News – After a recent speech by Daniel Ortega in Nicaragua, Costa Rica and President Laura Chinchilla have been up in arms about the possibility of Nicaragua trying to reclaim territory in the Northern portion of Costa Rica.  But what do you really know about what is going on? Is Chinchilla over reacting or is this a real threat? 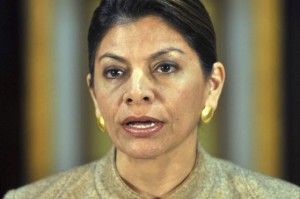 Chinchilla was joined by legislators, Cabinet members and protesters today in a “march for the homeland” that began in the town of Nicoya in the northwest province of Guanacaste. The province, home to some of Costa Rica’s most-visited beaches and hotels owned by Four Seasons Holdings Inc. and Hilton Worldwide Inc., is the country’s least populated and second-largest region, about the size of Delaware and Rhode Island combined.

Tensions between the Central American neighbors were heightened last week when Ortega said he may file a case with the International Court of Justice to “recover” Guanacaste, which he claimed was Nicaraguan territory. Guanacaste was annexed to form part of Costa Rica in 1824, about three years after Central America’s independence from Spain. The anniversary of the annexation is a Costa Rican holiday celebrated on July 25.

“We aren’t talking about a a tiny territory, we are talking about hundreds of kilometers,” Ortega said in an Aug. 13 speech. “This is something yet to be debated, and we should consider bringing a case to the International Court of Justice.”

Chinchilla, who is in the final year of her presidency, said Ortega’s threat ignored history and disrupted the “beautiful friendship” between Costa Ricans and Nicaraguans. Newspaper La Nacion said “hundreds” of people took part in the march

“President Ortega, we will not let your irresponsibility separate our countries,” Chinchilla, 54, said in a speech 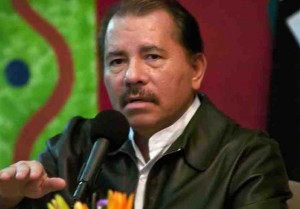 after the march. “We will not fall for your provocations, but we will also not be passive toward them.”
Costa Rica and Nicaragua have a history of border and territorial disputes. The ICJ ruled in 2011 that Nicaraguan soldiers had to evacuate a swath of land south of the San Juan River, which serves as the countries’ international border.

Nicaragua signed a treaty ceding Guanacaste to Costa Rica in 1858 shortly after the country had been under the temporary military rule of U.S. adventurer William Walker.

“It wasn’t a treaty signed voluntarily and Costa Rica knows that,” said Carlos Arguello, Nicaragua’s representative to the ICJ, in a statement on the presidential website. “What is going to be done or can be done about it is up to the president.”

$40 Billion Canal
Ortega’s latest comments are meant to divert attention from Nicaragua’s $40 billion plan to build an inter-oceanic canal, according to Constantino Urcuyo, a political analyst at Ciapa, a policy research institute in San Jose, Costa Rica. Legislation granting a concession to build the canal was passed earlier this year by the Nicaraguan Congress, generating protests from opposition and environmental groups.

“Ortega has had a lot of opposition to the canal project and to calm it he looked for an easy target,” Urcuyo said in a phone interview from San Jose. “Every time Ortega needs to earn national support, he resorts to his traditional enemy.”

Costa Rica’s consulate in Managua, Nicaragua’s capital, has been closed since Aug. 18, when protesters blocked its entrance, Ambassador Javier Sancho said in a phone interview.

“Some anti-Costa Rican sentiment has increased in recent days,” Sancho said. “Hopefully things will get back to normal shortly to the benefit of both the Costa Rican and Nicaraguan people.”

To contact the reporter on this story: Adam Williams in San Jose, Costa Rica at[email protected]

The Cost of Dental Implants in Different Light

Where Did Man Go Wrong?