One of the least visited national parks in America, Lassen Volcanic National Park, is an hour and half drive from here. Camping at a walk-in site near the entrance affords 360-degree views through the pines of barren peaks and gently sloping saddles. 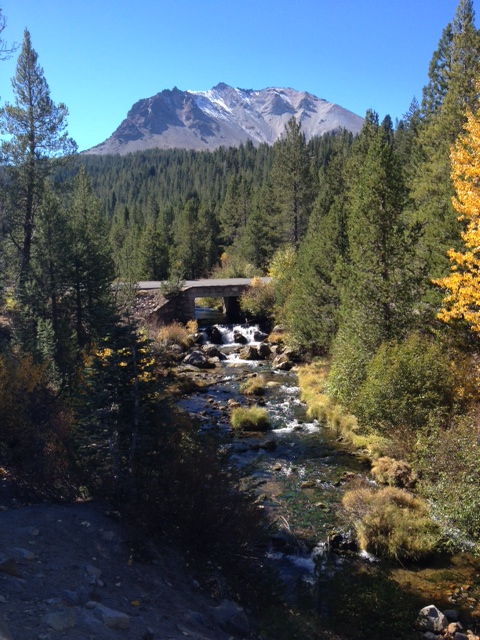 As dusk deepened, I lit the campfire and sat down to watch the last light on the highest point in the vicinity, a barren peak across a canyon, perhaps 3000 feet (over 900 meters) above the 6000-foot elevation of the campground. The alpenglow was gone, but a muted light clung to the gray face of the symmetrical peak between two long, gently sloping saddles on either side.

Just then, as the last vestiges of day vanished from the gray and grainy peak, a full moon began to rise behind the slope to the left of the crest. In the descending darkness and growing hush of nightfall in the mountains, the sight was one of the most beautiful things I’ve ever witnessed. As the moon rose, I played a Bach cantata and was moved to tears by the stunning grace and grandeur of the whole scene. Gratitude mixed unknowable mystery, and the ugliness of man seemed very far away.

It was cold that night, with the temperature dropping to near freezing. The campgrounds at higher elevations had already closed for the winter. There were only two or three other campers spread out over the fairly large area. One couple came in after we did and set up their tent in the adjacent site, but they were quiet, and left early in the morning.

I don’t like to have a fire in the morning, and unless I’m hiking, I don’t like to take excursions either, as is the custom of most campers. Sleeping in until the sun strikes the tent on a cold morning in the mountains, and then sitting with hot tea in the warming rays, has to be one of the greatest joys in life.

On the second morning, after we lingered around camp and prepared to drive up to the summit, a Google car, with a 360-degree camera perched on a pole on top, appeared in the parking area. There is no escape.

We drove over the summit of about 8300 feet (2500 meters), for a hike into Paradise Meadow on the other side. Above 7500 feet there is no feeling of the presence of man, even when man’s works, such as the well-designed road in Lassen, are present. One is enveloped by the earth as it was before humans over-ran it. Such places are increasingly rare and precious.

I’ve been asking lately is whether the experiencing of sublimity and sacredness has anything to do with this world. It’s an old question of
course, one that contemplatives have been asking for millennia.

But with the human crisis, which is really the crisis of consciousness, intensifying, one can’t help but wonder, is anything happening except exponentially increasing darkness in human consciousness? Is there a kind of reverse preparation going on?

Or have we entered the sum of all dark ages, and all one can do is keep oneself inwardly alive and growing, without succumbing to self-absorption, and thereby contribute to the future of humanity when this dark age ends?

All human achievements, whether in science, technology, culture, or social and political organization, are fragile. The incredible scientific and technological advances of our age have led people to believe that progress in other areas is also increasing, and inevitable. Not at the same rate perhaps, but progressing nonetheless. The truth is that there’s an inverse relationship between advance in science and technology on one hand, and regression in social, political and psychological dimensions on the other.

At best, history represents a three-steps-forward-two-steps-backward march of civilization. When civilizations collapse, as Western civilization has (evidenced by the institutionalized panic of declaring a “world war on terror”), previous gains become ephemeral, and can 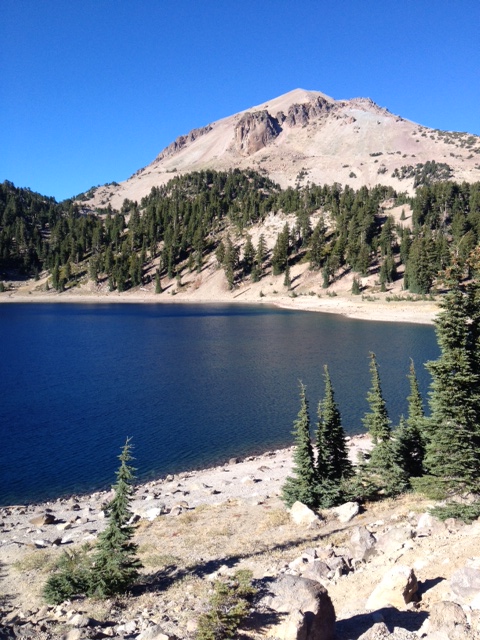 All in all, the halting advance of human civilization has not merely halted, but a rapid erosion of the soil of man, good and bad and built up over millennia, is occurring. The greatest impediments to meeting it and creating a new civilization are the obstinate adherence to the illusion of progress, and the hubris induced by science and technology.

Even the ancient spiritual stream of India has petered out, its philosophical shell imported to the West in recent years, where it has been grafted onto Western individualistic mentality, mostly producing self-promoting gurus and ‘uplifting’ motivational speakers along the lines of the slickly marketed wishful thinking of “The Shift.”

My companion, having reached her limit at the elevation of the steady climb to Paradise Meadow, told me to go on, while she rested and relaxed by the side of the trail. I huffed it up the steep, last half mile, stood on a two-plank bridge over a cascading stream, and walked into the meadow. It was lovely, but not paradisiacal.

I felt no closer to an answer about my question about whether the sacred has any relationship to the world, but that night some lines from Rilke came to mind:

“A billion stars go spinning through the night,
a blazing high above your head.
But in you is the presence that
will be, when all the stars are dead.”

Article and Pictures by Martin LeFevre