There are many different forms of meditation, and people even speak of running or doing other activities as a form of meditation. But initiating a genuinely meditative state is a completely different animal, and has nothing to do with techniques, methods, traditions, or systems. 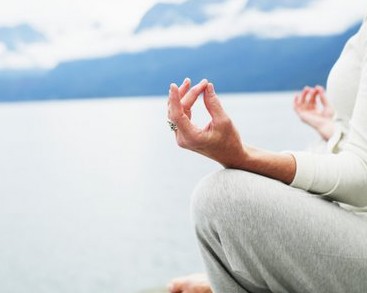 Can the art and importance of meditation be conveyed, through writing or even in person? Is awakening meditative states something we have to discover completely for ourselves? If methodless meditation, by whatever name, is crucial to spiritual survival and growth, and each person is entirely on their own, what hope is there for humanity?

To my mind at minimum meditation means the effortless, spontaneous quieting of thought/emotion through undivided, passive watchfulness. It begins with attending to every sensory impression in the moment, preferably in the mirror of nature.

Why is initiating meditative states so important? Because without doing so the darkness of society saturates the mind and seeps into the heart, overwhelming and suffocating the spirits of even the strongest individuals. One has to be self-knowing, and attend to the movement of thought and emotion for darkness to be dispelled within one. Without learning the art of meditation, experience inevitably darkens the mind and shrinks the heart.

In simple but not simplistic terms, right observation is like taking an inner shower. Even if a meditative state doesn’t ensue, the mind is quieter and the heart is cleaner when one takes a little time to sit quietly each day and observe without division and effort. A little spiritual diligence every day goes a long way.

Most people don’t have the time to take an hour during the day as I do, but anyone can find ten or twenty minutes to sit quietly alone in the yard or patio, and experiment with observation.

There are two primary mechanisms of the mind that have to be understood for meditation to ignite. The first is the observer, and the second is time.

The observer is the illusion of the separate self, the ‘me’ that stands apart. In actuality there is no such thing, and one wonders why neuroscientists don’t give their attention to understanding and explaining its fallacy. Instead, they uphold the illusion of the ‘me,’ and have made describing the subjective experience of the self the holy grail of neuroscience.

Awareness can be quicker than the habit of psychological separation, and when it is, it catches thought in the act of habitually dividing itself from itself as the observer. The moment the mind’s trick of continually fabricating the observer is seen in action, it stops, at least temporarily.

Psychological time is a deeper movement in the mind. It’s in the very nature of thought to live in the realm of becoming rather than being. During the tens of thousands of years when fully modern humans lived closed to nature, time was not such a problem, since nature continually reminded and required people to live in the present.

So one also has to observe the mechanism of time, but it is more difficult, requiring greater energy of attention and insight to halt. 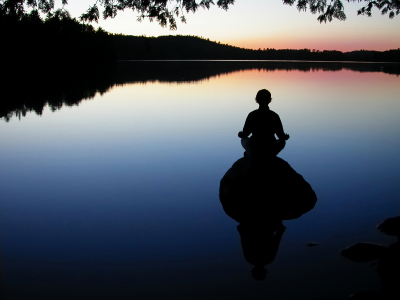 Again however, only sufficient energy of undirected, unwilled attention stops psychological time; there is no entity or effort that can do so.

Watch not only the thought that arises, but also the motivation that gives rise to the thought, and how motivation is different than intent and drive, which aren’t the product of desire and the action of will. Attention extinguishes the desire and will of thought, while deepening the drive behind desire and will, which is life.

Mindfulness during activities is essential, but for the most part it cannot initiate meditative states. Take the time to sit quietly and explore and experiment with observation and attention. To effortlessly quiet the mind one has to leave off from perpetual busyness, which is a form of escape, and let the senses attune to one’s environment.

Sitting indoors with the eyes closed can be good, but there’s usually a subtle effort in doing so, a tendency to concentrate the mind, rather than allow it the space and energy to be inclusively aware.

Meditation isn’t a matter of concentrating the mind, but allowing attention to gather unseen, and act without effort or direction, quieting the mind.  Sitting outdoors with the eyes open, listening to every sound as it reaches the ear is a natural way of learning how to observe the movement of thought/emotion, which initiates a deeply regenerative meditative state.

Initially, and even sometimes with long-time meditators, stillness and emptiness can be an uncomfortable and disturbing state. Not only do things come up one would rather not see and feel, but letting go of control, as illusory as control is, can be disconcerting.

But if one simply observes the fear of losing control, without judging or reacting against it, and the ‘me’ lets go. Fear hides in the crevices of thought, because fear is the continuity of thought. Counter-intuitively, one doesn’t lose order, stability and security by letting go; one gains them.

At timeless moments, there is no fear of death because there is no continuity of thought. After all, death is certainly the end of continuity, though it is infinitely more than that when one touches the ground of death while fully alive.

In initiating a meditative state, one is bringing life and death together as a single movement, which it actually is.

Spread Your Wings and Fly to the Monteverde Butterfly Gardens