Costa Rica News – Recent reports suggest illegal gold mining and the associated trafficking of mercury are increasing in Costa Rica, providing evidence that organized crime groups in the country may be diversifying their revenue streams as they increase in sophistication. 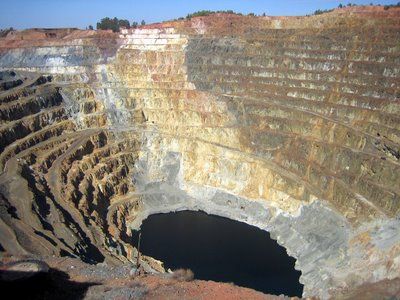 Twenty-five illegal extraction points have been identified recently in an area known as Cutris on Costa Rica’s northern border with Nicaragua, according to La Nación.

Cutris is home to an open-pit mine known as Las Crucitas, which was operated by a Canadian firm from 2006 until the concession was revoked in 2011 following changes in Costa Rica’s mining regulations. Now, La Nación reports, illegal miners have moved in to try to exploit the remaining gold reserves.

As with many illegal mining operations, the techniques used in Las Crucitas are rudimentary and often dangerous. One of the main methods for uncovering gold is to apply mercury to muddy riverbanks; the dangerous metal helps separate the gold from the ground.

In conjunction with the growth of illegal gold mining, the illicit trafficking of mercury may also be increasing, a separate report from La Nación suggests. Costa Rican border guards made their most recent seizure of nearly two kilograms of illegal mercury on May 13 in the area near Las Crucitas.

Greivin Rodríguez, an expert in illicit mining in Las Crucitas, told La Nación that in addition to weapons, illegal miners often bring significant amounts of mercury with them.

However, this process — documented in a 2014 video by the non-profit group Pure Earth — has extremely harmful effects on people and the environment, as mercury is extremely toxic.

Rodríguez explained that authorities in Las Crucitas have not conducted any environmental impact studies, and there are no preventive measures in place to protect the environment from mercury pollution.

The rivers being contaminated in the area also supply water for the local community and its school, according to La Nación.

The recent uptick in illegal gold mining in Costa Rica highlights how criminal groups in the country are growing more sophisticated and may be searching for new revenue streams.

Towards the end of 2015, authorities in Costa Rica began to see the growing sophistication of the country’s criminal groups. In October of that year, authorities busted an international cocaine trafficking operation being run by the Italian mafia group ‘Ndrangheta. At least five cocaine shipments, including a 3.5 ton and 40 kilogram shipment, were linked to the operation. The arrival of the Italian mafia hinted at the evolving role of homegrown Costa Rican criminal networks in the international drug trade.

Other powerful transnational organized crime groups have also made their presence felt in Costa Rica. Last year, a drug trafficking network linked to Mexico’s Sinaloa Cartel was dismantled in Costa Rica. And just this year, Costa Rica’s Attorney General said that local criminal groups were being recruited and trained by Mexican cartels, a further indication that Costa Rican crime groups may be growing in sophistication.
Moreover, Costa Rica’s criminal groups are becoming increasingly involved in cocaine trafficking coming from Colombia, so much so that security officials have warned that they are incapable of stopping transnational drug traffickers from using the country’s beaches as transshipment points for drugs destined for the US.

Illegal mining is big business for crime groups throughout Latin America due to its extreme profitability. Therefore, the apparent expansion of this illicit industry in Costa Rica may be cause for concern on the part of the authorities, particularly if it contributes to the growth of local crime groups that the government is already struggling to deal with.