San Jose, Costa Rica – Looks like another Costa Rican business that was handled in a common Costa Rican fashion, not preparing for the future and potential competition. Laura Chinchilla’s government does not want another headache like the Social Security Fund (CCSS), whose financial situation is now in critical condition. The president said this after learning the deterioration in the finances of the Costa Rican Electricity Institute (ICE). 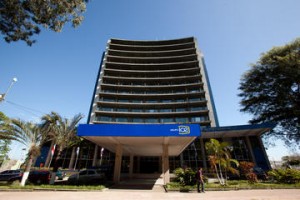 “We are handling the situation very carefully, and with great interest. I’m sure this will not be a CCSS part two, ” she said.

As reported yesterday by a document by the Ministry of Finance,  ICE closed with a net loss of ¢ 22.112 million.

This means that revenues generated by sales of electricity and telecommunications services were not enough to cover all expenses of the company.

¢ 15.061 million were lost to ​​telecommunications because they are now forced to compete in an open market.This situation is generated primarily by an increase in spending and not by a sharp drop in income.

With the latest information and properly audited, the end of the year was rather negative.

Chinchilla, who yesterday left for Brazil, where she will participate in the Rio +20 Summit, recognized that there is not a final conclusion on the situation of the Institute.

She said the picture will become clearer when a commission composed of representatives of the ministries of Finance, Planning, Science and Technology and Environment, Energy and Telecommunications (Minaet) make an analysis of the report and the actions of ICE.

Finance Minister, Edgar Ayales explained that the report will be presented to the Governing Council next week.

To try to reverse the numbers in red, ICE chief seeks a cut in expenditures of ¢ 80,000 million.

This applies to items such as overtime, travel, salary bonuses and recruitment.

These provisions create the critical finding that union employees will pay the “piper” for bad decisions.

“We do not agree that the burden of the crisis, due to poor financial planning of the institution or in a business venture where they hired people with another culture, we move to the workers,” claimed Fabio Chaves, president of the Industrial Employees’ Association of Communications and Energy (Asdeice). Always placing blame on others.

He added that, to date, the Institute has not even completed the payment of a wage increase for the first quarter, 1.9%, due to them by staff regulations.

ICE perhaps needs to understand that in a competitive market customer service and product knowledge are a must, just like the rest of the world. For me just because you are no longer a monopoly does not mean you can expect a government bailout for bad business practices, but I guess they can look at the bailout in the USA and say that they are following suit.

OIJ Breaks Up Band of Thieves in Puntarenas

Let me say this. They ICE thought they could run with out competition. That the GOVERNMENT would bail them and protect them/ The top heavy management and CEO making millions upon millions a year. The ICE pres making somewhere in the 7 million range alone. Culprits is their own bosses and staff giving poor service. ICE is a mafia like enterprise for what 40 yrs.