Well here we go again. I another government entity not thinking ahead about their actions and doing what they all do which is the “we spent more than we thought we were going to spend, lets charge the people more to make up for our errors.”  I wish I could somehow become the president of either Costa Rica or a Costa Rica monopoly.  I could do whatever I wanted and never have any accountability for my actions. 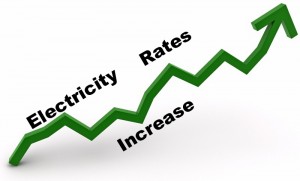 The cost of electricity to ICE subscribers could rise by 15%, if the application for adjustment is approved Aresep. I am sure whomever is approving it at Aresep is being written into the contract somewhere.

The intention of the Costa Rican Electricity Institute (ICE) is offset by the rise in fuel bills of ¢ 23.238 million used during the first half of the year, for the production of thermal energy.

The proposal provides for an adjustment of 23.63% in power generation costs, which would impact 15% to direct customers of the entity.

The Institute argued that you need to make an immediate adjustment to its rates so Aresep urged to put these rates into effect by Oct 1st.

The new prices would be in effect for a period of three months, then down again. What do you want to bet they do not drop them by the entire 15% if at all?

Also affected the rates for subscribers of National Power and Light (CNFL) of the Public Service Company of Heredia (ESPH), the Electric Utility Management Board of Carthage (JASEC) and cooperatives rural electrification.

In his petition to the Regulatory Authority for Public Services (Aresep), ICE noted that expenditures for the purchase of bunker and diesel generation doubled the expected budget.

Initially, the regulator were authorized expenditures of ¢ 22.686 million for the purchase of fuel throughout this year.

However, up to June 30 had already been spent ¢ 40,595,000 on fuel and ¢ 5.329 million in energy imports from other markets, explained Francisco Garro, director of the Tariff Management Finance Management Institute. Well if someone miscalculated the budget by almost at 100% difference fire them.  I am sure that person still has their job though.

The rationale is that the decline in rainfall has forced the ICE to continue operating thermal plants. These generators are providing electricity that no longer produce hydroelectric plants.

Belen the Most Competitive Canton in Costa Rica Due to Technology

ICE and other government agencies have long ago figured this out. The Costarricense will pay, period! The CEO’s and all his top dogs keep their high salaries, pensions and benefits. Nothing ever happens to them. Then cry poor mouth to president who happens to be out of the country, that’s another story there. Now they have increased OUR electricity 15%. They had a project that the floods damaged and No insurance. There should be firings at the top CEO’s at least. Oh well like all Tico’s here what can we do? We all paying more and more taxed on to our bill. ICE=Bozo’s , Tico’s= Victims ….