Costa Rica News – Is this real or an illusion? This was real, very real and too close for comfort.

What did the passengers on Iberia Airlines flight 6313 experience on Sunday?

I only ask because footage of the plane, which flew from Madrid to Juan Santamaria Airport in Costa Rica, suggests it came very close to some cars on a road and may have actually clipped a perimeter fence.

Johnny Vega, who posted the video to YouTube, said that it reminded him of landing in Saint Maarten, long known for exciting and disturbing people on the beach adjacent to the runways. 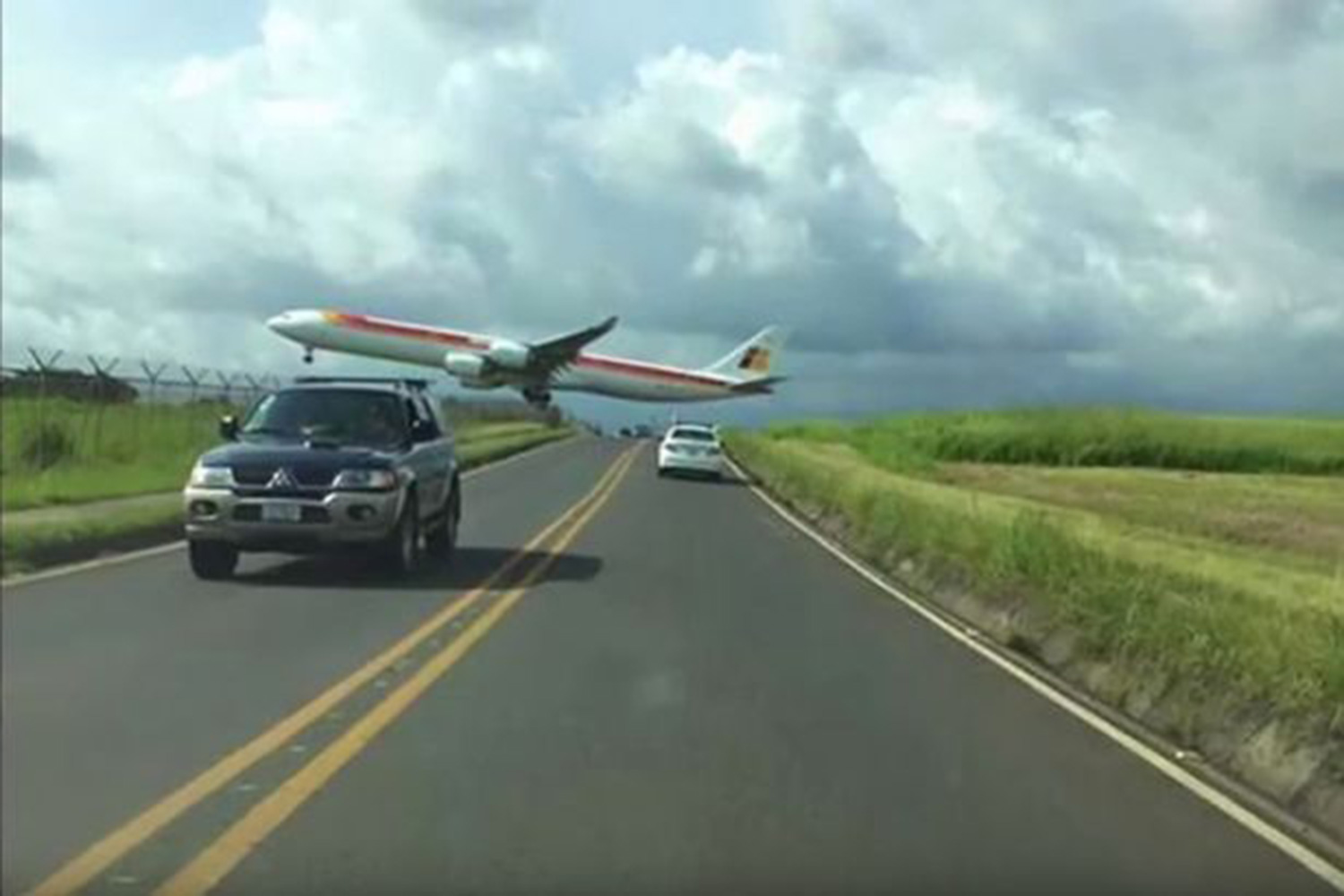 However, the Tico Times reported that the Airbus 340 came in so close to earth that some eyewitnesses claimed they could actually see the rivets in the undercarriage of the plane.

Rolando Richmond, head of the Costa Rica Civil Aviation Authority’s Aerial Navigation Office, told the Tico Time there was nothing out of the ordinary about the landing. “There’s no stated altitude that pilots need to cross that part of the security fence,” he told the paper. “It doesn’t exist, because the only condition pilots have at that time is to make sure they are able to land where the airport’s threshold is and to activate their tires in time.”

Richmond did reveal that the plane had intended to land on another runway, but then went to one that doesn’t have electronic assistance for pilots in telling them when to lower their landing gear.

This was, he said, the pilot’s judgment call.

He did add, however: “We consider all of the landing zones to be high-risk at the airport. That’s why we tell people to avoid it as an attraction where they stop and watch planes.”

In a recent Weather.com list of the world’s scariest airports, Jose Santamaria doesn’t appear in the top 20. (Saint-Maarten is No.1.)

But perhaps some on seeing this video will wonder whether this Costa Rican airport has come to merit an inclusion.

by Chris Matyszczyk, From CNET

Shipping a Car to Costa Rica? Vehicles Over 14 Years Old Soon to Be Banned to Import