Costa Rica News – (EFE) A Cuban man who has spent the last two weeks stuck inside San Jose’s Juan Santamaria International Airport after Costa Rican immigration authorities denied him entry said Friday that he is on his fourth day on a hunger strike. 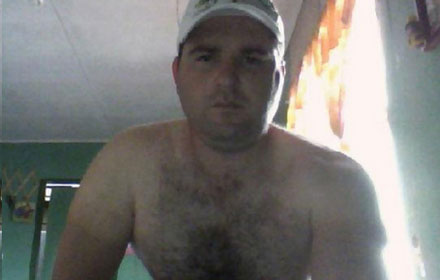 Yorvanky Perez de Piña, a resident of Costa Rica since early 2012, was barred from entering the Central American nation on his return from visiting his ailing mother in Havana.

Perez received a provisional refugee ID card and a work permit when he first arrived in Costa Rica more than two years ago, but failed to renew those documents when they expired.

Though married to a Costa Rican woman, he never applied for permanent residence, according to his lawyer, Eduardo Flores.

Perez told Efe on the phone that Friday is his fourth day on a hunger strike.

The Cuban said he has been attended by the Red Cross in the airport waiting room where he has been living, adding that he is confident there will be “good news” within the next few hours.

Flores told Efe Friday that he is asking the government of President Guillermo Solis, who just took office a day ago, to grant the Cuban asylum for humanitarian reasons, because if he returns to Cuba his life will be in danger.

“We’re calling on President Solis, on the tradition and humanity that have characterized Costa Rica with regard to human rights and aid for immigrants,” the attorney said.

According to Flores, last Tuesday the Migration Authority again refused Perez’s application for asylum, for which he entered an appeal with the Migratory Court.

“We ask this for humanitarian reasons, to keep the family together and in respect for the political constitution which states that the family is the basic foundation of society,” Flores said. EFE