Thanksgiving Weekend was one for movie releases.  Boxing, Pixar, and the Hunger Games were the head of the class, but Hunger Games took the top prize. 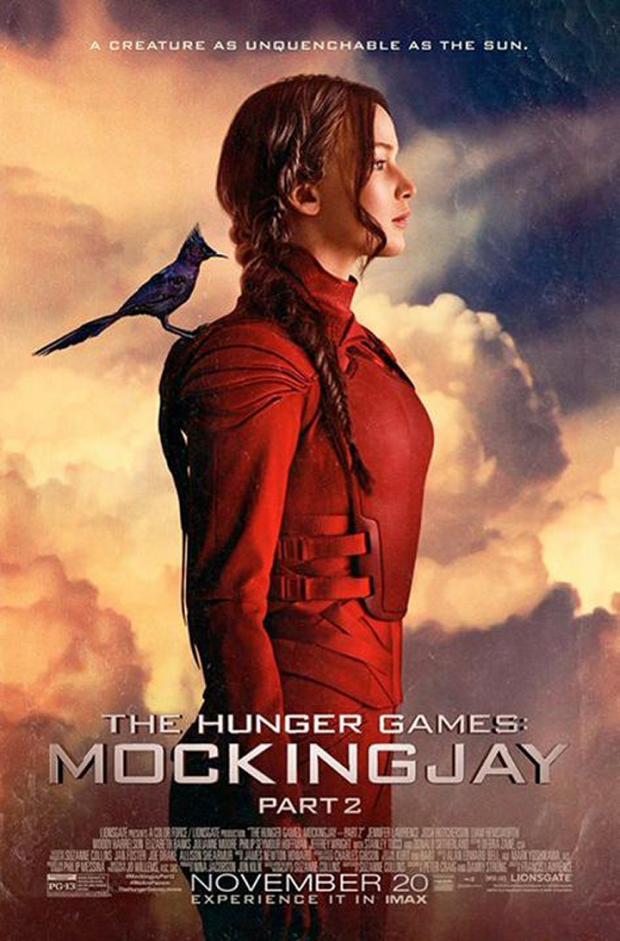 Black Friday sales have been declining over the past few years, so it’s only natural that some of the money that remains in consumer pockets has gone on movie tickets. What’s better on family holidays than to sit in a darkened room where nobody is allowed to talk? While most in the US were probably stuffed from Thursday’s festivities, the movie box office was dominated by The Hunger Games, with Mockingjay — Part 2 occupying first place for the second week. In second place was Pixar’s The Good Dinosaur, opening over the weekend to a big if not truly spectacular box office, followed by the hard-hitting Creed in the third spot.

The Good Dinosaur — a charming but perfunctory tale — performed well, raking in $39.1 million on its opening weekend, but it failed to match the success of Inside Out, released earlier this year. That movie scored $90.4 million on its opening weekend in June, making it the largest opening ever for a totally original film. But as The Good Dinosaur was pushed into second place by a bigger beast, so too was Inside Out — this time, by a bad dinosaur. The monstrous success of Jurassic World ensured it remained in the top slot on June 21st, gobbling up $106.6 million on its second weekend in theaters.

The money earned by The Good Dinosaur gives Disney nine of the ten biggest five-day Thanksgiving movie openings ever, but despite its success, The Good Dinosaur’s release marks only the second time a Pixar feature film didn’t open as number one in the US box office. 2015 is the first year in which Pixar has released two movies, and it’s hard to tell whether the tactic will suit the studio in the future. Both movies were critically well received, and both posted impressive box office results, but neither feels like the knockout hits the studio is known for. The Good Dinosaur, in particular, fell way short of even second-tier Pixar fodder like Cars 2 and Monsters University.

CREED, ON THE OTHER HAND, SCORED THE BEST OPENING FOR A ROCKY MOVIE

It pulled in nine million less than The Good Dinosaur, but with a $30.1 million opening weekend, Creed punched its way to the biggest opening weekend for any Rocky movie in the series’ 40-year history. Like its star, Michael B. Jordan, Creed is sharp and lean; Spectre, on the other hand, is bloated and awkward. The James Bond movie dropped to fourth in weekend takings, adding another $12.8 million to make its domestic gross $176.1 million so far. Spectre’s been a success, but at what cost to the James Bond franchise?

Much less financially successful was Victor Frankenstein, a macabre buddy movie starring James McAvoy and Daniel Radcliffe, which could only raise a meager $2.4 million. That’s two flops this year for screenwriter Max Landis, who has publicly bemoaned the dearth of original movies in our theaters in 2015. Certainly Landis would roll his eyes at The Hunger Games sticking arrows in competitors on its way to first place in the box office, but his Victor Frankenstein was also beaten out by movies based on books, 60-year-old comic strips, and other movies themselves.

By Rich McCormick, The Verge

Here are the top ten films from this past week:

The Urgency of Transmutation