How To Keep Your Passport Safe When Travelling

Travel News – If you’ve had to go get a new passport lately, you have learned (like me) it’s no longer the easiest thing to prove that you’re you. If you’re a first-timer, you must show up in person with a birth certificate, at least one government-issued ID (two if it’s out of state), photocopies, forms and fees, and then wait your turn. If you lose your passport while traveling abroad, you’ve got to show up at an embassy or consulate with many of those forms in hand. 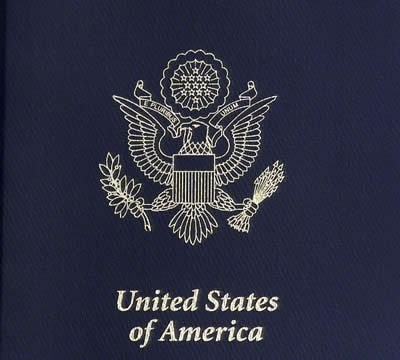 Worse yet, as highlighted by the recent news that two stolen passports were used by passengers aboard the missing Malaysia Airlines flight, your passport might well have as much, if not more, value to criminals here and abroad precisely because they are so difficult to obtain and increasingly hard to counterfeit. The Wall Street Journal reports that Interpol has 40 million lost or stolen passports in its database already (but that passengers boarded planes 1 billion times in 2013 without their passports being checked against that database).

So what can you do to keep your passport safe both before and after you travel?

Never Just Drop It in the Mail
If you have to renew your passport, you must submit your current passport to allow the State Department to cancel it. But while it’s tempting to simply stick a couple stamps on it and throw it in the closest mailbox, don’t! Send it via registered mail with a return receipt requested so that the Post Office keeps a better eye on it and you know that it arrived – because if it goes walkabout, you have to start from scratch.

Don’t Take It With You If You Don’t Have To
If you have another form of government-issued ID, there’s no reason to be carrying around a passport (and, if you don’t, all states issue low-cost non-driver ID cards, which are worth getting for exactly this reason). Purses get stolen, wallets get lifted and IDs get left behind so often that it’s worth a wait in line at the DMV for an alternate ID.

Store It Safely
Though it’s tempting, don’t store your passport in your underwear drawer, your desktop organizer or your jewelry box – all places that are a first-look for any would-be burglar or identity thief. Store it someplace others won’t think to look or can’t easily remove – like a safe. Your ID is precious: treat it that way.

Keep a Photocopy
If you lose your passport abroad, you will need a photocopy (or a scanned copy) of the original in order to make your way home. Store the copy like you would the original: in a safe, guarded place that you can access and others can’t. If you’re working with an electronic copy, make sure it’s an encrypted file or on an encrypted drive.

Report Its Loss Immediately
If you suspect your passport is stolen or lost, particularly if you’re already abroad, don’t take an extra day to retrace your steps: report it immediately. The worst thing you can do is wait and hope it shows up – only to discover that whoever made off with it also headed out of town on it.

It has become so commonplace for people to misplace credit cards and drivers’ licenses (or have them stolen) that companies and even states have made them reasonably easy to cancel and replace. But when it comes to super-IDs like passports, birth certificates and even Social Security cards, the processes are long and arduous because they establish who you are as best the governments can – and because they want you to take extra care not to lose them in the first place.

Losing a super-ID like a passport can make you vulnerable to identity theft. It’s important after losing an ID like this that you closely monitor your bank accounts and credit to make sure you don’t become a victim. You can monitor your credit for free using the Credit Report Card, a free tool offered by my company that updates two of your credit scores every month. Any major, unexpected changes in your scores could signal identity theft and you should pull free copies of your credit reports to make sure your identity is safe.

This article originally appeared in Credit.com.
Any opinions expressed in this column are solely those of the author.

Adam Levin is chairman and cofounder of Credit.com and Identity Theft 911. His experience as former director of the New Jersey Division of Consumer Affairs gives him unique insight into consumer privacy, legislation and financial advocacy. He is a nationally recognized expert on identity theft and credit.

54th BCIE Board of Governors Coming to Costa Rica