How to Keep Your Hard Earned Money in CR

Costa Rica News – When people move to Costa Rica, many of have given up on the American Dream lie that is north of the Mexican border.  The American Dream is a national ethos of the United States; a set of ideals in which freedom includes the opportunity for prosperity and success, and an upward social mobility achieved through hard work. 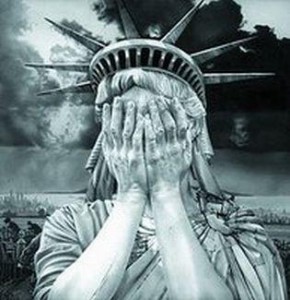 In the definition of the American Dream by James Truslow Adams in 1931, “life should be better and richer and fuller for everyone, with opportunity for each according to ability or achievement” regardless of social class or circumstances of birth.

Let’s be honest, the American Dream has long since died in the USA.  There is a group in power in the USA that does not want any other people to enter into their realm.  The goal is to keep the masses stupid with poor education systems and to award those that do not work and continue to reproduce with food, cars, housing, and whatever they might need. However, most people that are living off these programs have learned how to work the systems in order to have their governments financially support their lifestyles.  Why would anyone challenge the hand that is feeding them?

There is now an apathy that has infected the world, including the USA and Costa Rica, where people think that if you have worked hard and achieved success then you should give some of what you have earned to them. This will come with basically every step of success you have in Costa Rica.  The rules, regulations, and payoffs will change as those around you see your financial success.

Here is some advice in how to try to be able to keep the money you make in Costa Rica. It leads to a very secluded lifestyle but at least you won’t have the “friends” and authorities in Costa Rica knocking on your door asking for their share. It is hard enough to achieve success in Costa Rica, there is no reason to have to give back to those that did not help you along the way.

Live Humbly – One of the biggest mistakes people make is flaunting the cash they make in Costa Rica.  When you start making money do not get a new flashy vehicle. First of all there is no point for it in Costa Rica and secondly, it paints a target on your back. Remember you are surrounded by many that have much less than you and if there is a chance to steal from you they will not think twice.  Do not go out and spend money lavishly as it will attract the wrong kind of people around you.  If you are labeled as someone that buys drinks and other things for those around you, the “friends” will start coming out of the wood work.  Imagine yourself as a person that just won the lottery and you want to keep it secret.  The key is not ever showing your financial worth as it will label you ever more than normal as the “rich gringo”. Remember in most cases you worked hard to achieve your success, and these acquaintances that seemed to arrive at the same time your achieved your more comfortable life style will be gone at the same time your money disappears. 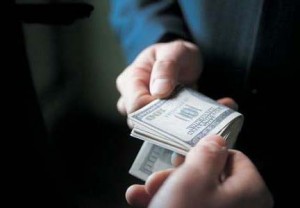 local officials. In order to put this in perspective, imagine back in the day when the mob controlled certain areas of Chicago.  In order for mom and pop businesses to stay in business they had to pay for local protection.  If you did not pay then quickly after the refusal you have your store robbed or an “accidental” fire would catch your restaurant on fire.  The same thing happens in Costa Rica, whether they want to admit it or not. The key is to make sure you do not start paying too much.  There are going to be good months and bad months for your business.  Make sure that during the good months you do not pay the local officials too much as they will expect the same amount during bad months and cause your business to shut down when you cannot pay.

Get Everything in Writing and Legal – Do not ever expect someone to do what they are going to do based on a handshake or a verbal promise.  Most business dealings you have in Costa Rica based on this type of agreement will end up in disappointment for you. Either the job will not be done to the standards you require or not done at all.  Without everything in writing you will have no legal recourse to get your money back.  You will see no feeling of remorse from the individual that stole from you, as “you have and they do not and should just give it to that person”. Reemmber you need to get everything written up in Spanish as English contracts hold no weight in Costa Rica. Make sure your lawyer reviews the Spanish documents as many times people will try to hide little clauses under your nose. 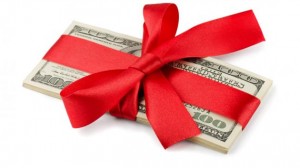 Never Lend Money in Costa Rica – If you want to give a monetary gift to someone in Costa Rica that is the only time you should be thinking about giving money to anyone in Costa Rica.  If you lend someone cash, do not expect it back or if you do get it back expect it much, much later than promised. The only thing that lending money does in Costa Rica is cause relationships with people to fall apart. I like the quote….”Do you know how to get someone to stop calling you? Lend them money”. This is especially true in Costa Rica, as they know there is no way you are going to get the money back if they do not answer their phone. Expect to be blocked on Facebook, emails not returned, and phone calls screened. The only thing you can do to find peace is just to take the loss.

Never Pay for Something in Full Upfront – If you would like someone to not complete a task then pay them for it all up front.  They will normally do a half ass job and then never show up again or sometimes just disappear.  There is a common thought which is seen in Costa Rica and it can be seen up to the highest level of government.  This rationale is the belief that money in the pocket today is more important establishing a long term financial situation. This is why customer service in Costa Rica in non-existent in most cases.  If you arrive at a hotel and stay only one night because of bad service, you will notice an attitude of “I do not care”, when you cut your stay short and go to another hotel.  They received your money for one night and that is all that matters in their minds.  This same principle applies to people you pay on a contract basis.  Instead of seeing a potential long term business and monetary relationship with you, they will take your money and run.

While these things are not true of everyone, it is more the rule than the exception to the rule.  If you have worked hard to achieve success in Costa Rica you deserve to see your lifestyle improve but be careful of the people posing as your “friend” to take you for a ride. They will be as gone as soon as they can no longer sponge off you.

However, if you are a scammer in Costa Rica, please do not follow any of the above suggestions. I hope that all those people that you stole money from with your scam can watch as you catch a bullet in the back of the head……just like Brad Deering. Karma is a bitch and it will come back to bite you in the ass. Sorry if that seems cruel, but I say what I think.

Well soon there will be 2 more Brad Deerings and again both from Canada.