Costa Rica News – I wish this was an April Fool’s Joke.  It seems Google Maps although very convenient can cause quite the problem.

A Google Maps error has been sending tourists seeking “Mt. Rushmore, SD” to the wrong location for nearly five years now. Storm Mountain Center, a retreat center located some 13 miles from the real Mt. Rushmore, has repeatedly asked Google Maps to update the Mt. Rushmore address. But whatever fixes proved temporary for unknown reasons — and as of this writing, the address is still wrong.

Eventually, the center has resorted to installing a large sign at the front of their driveway instructing travelers that their electronic devices are wrong about Mt. Rushmore’s location. Despite this, guest services manager Ashley Wilsey told the Kansas City Star that she regularly encounters a near-constant flow of tourists mistakenly navigating to the center.

Although Google Maps is fast becoming the ultimate authority on navigation, the program is proving vulnerable to mistakes and hackers with results that at times can be catastrophic.

One of the latest blunders involved a company accidentally bulldozing the wrong house due to faulty Google Maps directions. Google took responsibility for the maps error. In this case, two different houses were shown as being in the same location, a Google spokeswoman told CNN. 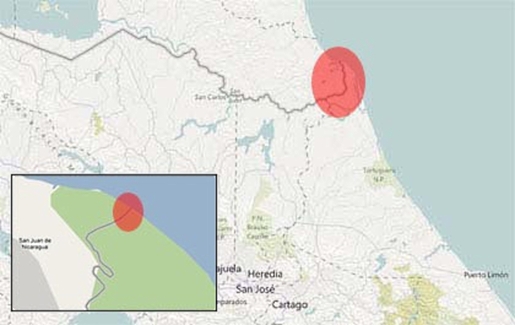 These cases shed light on the software’s susceptibility to errors and hacks. Google Maps is built on layers of information obtained from satellite images as well as photographs taken by Street View cars, which have driven and photographed more than 7 million miles of roads. Google also crowdsources location information through Map Maker, which allows users to directly update local addresses and details. An unknown number of people are employed by the company to comb through these maps for inaccuracies.

But despite this multi-faceted system, location bugs and mistakes still happen. Trolls and pranksters have taken advantage of the crowdsourced feature by changing businesses to offensive names or by doodling on the map interface. One showed the mascot for Google’s mobile operating system, Android, urinating on the Apple logo in an area of Pakistan.

More explicit hacks have also proved that Google Maps is easily accessible to outsiders. Cyber security consultant Bryan Seely revealed vulnerabilities in Google Maps in 2014 when he hacked into Google Map’s business listings and changed the phone number for the San Francisco FBI office and Washington D.C. Secret Service. In a Gizmodo article, Seely described a world of con artists who exploit the feature’s vulnerabilities with ease by switching business listings and conning unsuspecting callers. He blames Google’s less-than-stellar verification system. “Who is gonna think twice about what Google publishes on their maps? Everyone trusts Google implicitly and it’s completely unwarranted and it’s completely unsafe,” Seely told Valleywag in an interview last year. He also mentioned that he has been paid by companies like Microsoft to spam Google Maps in the past.

Then there’s the human error element, such as the case of American tourist, Noel Santillan, who drove six hours in the wrong direction in Iceland through wintery conditions due to a small spelling error he entered into Google Maps. For those misguided Mt. Rushmore tourists, even a large metal sign instructing them to turn around couldn’t deter them from total GPS obedience. Some researchers have suggested that GPS dependence is becoming more and more common, and are worried about unforeseen effects. Are we collectively losing our learned sense of direction?

Neuroscience studies suggest that yes, Google Maps and GPS systems may indeed be negatively impacting our brains. Research at McGill University compared the brains of GPS versus non-GPS users and found that non-GPS users had more grey matter and higher functionality in their hippocampuses than those that relied on their devices. The hippocampus is responsible for memory and spatial navigation, the latter of which uses visual cues to create a cognitive map that assists with directionality. An earlier study showed that London taxi drivers, well-versed in the complex map of the city, had much larger hippocampuses than non-taxi drivers. There is also some correlation between those with a more developed hippocampus and lower chances of Alzheimers.

Veronique Bohbot, a neuroscientist who worked on McGill’s GPS study, suggests that we limit our GPS use to new destinations only and attempt to build up our cognitive maps by navigating to frequently visited destinations on our own, she said in an article on Phys.org.

Given recent errors, our memories might wind up being more accurate than Google Maps itself.

Hogwarts Coming to Costa Rica; Who is Ready for Magic School?